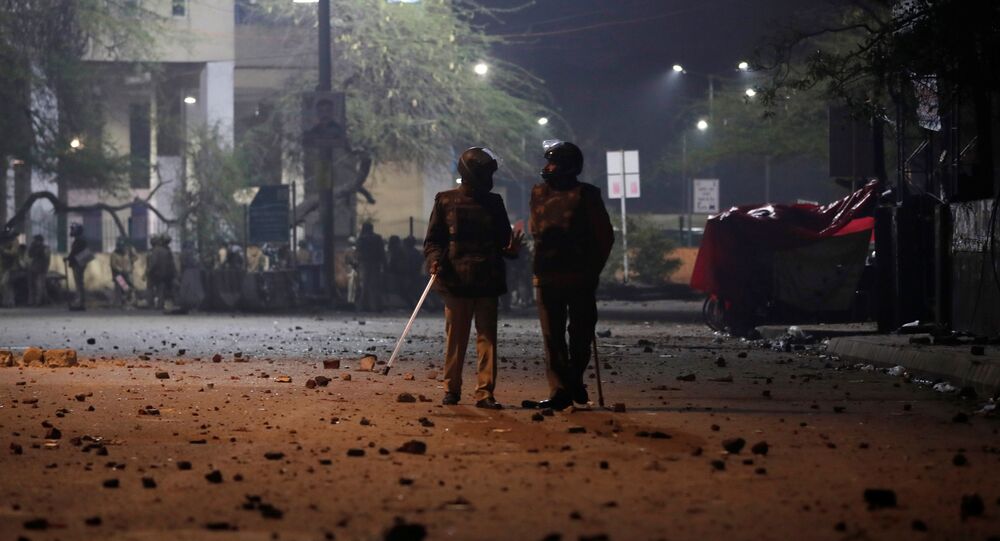 Price for Speaking Out: Bollywood Actor Asked to Leave Show after Protesting against Citizenship Law

New Delhi (Sputnik): Indian Actor Sushant Singh has been speaking out against the controversial Citizenship Law for some time now. He also condemned the police crackdown on students at Jamia Millia University in the national capital on December 15, that turned into a battleground between protesting students and the police.

The actor on Tuesday announced that his association with the long-running TV show “Savdhaan India” (Beware India), a crime thriller has ended following his participation in protests against the new Citizenship Law. He also said it’s a very small price to pay for speaking out in favour of students.

"And, my stint with ‘Savdhaan India’ has ended," Sushant wrote.

Commenting on his post, a user wondered whether it was the "price" he paid for "speaking the truth".

To this, the actor said, "A very small price my friend. Otherwise, how will you face Bhagat Singh, Sukhdev and Rajguru?"

And, my stint with Savdhaan India has ended.

The actor was the host of the crime thriller since 2011. The show deals with shocking crime stories inspired by real-life events. The show mainly focuses on stories in which justice was delivered.