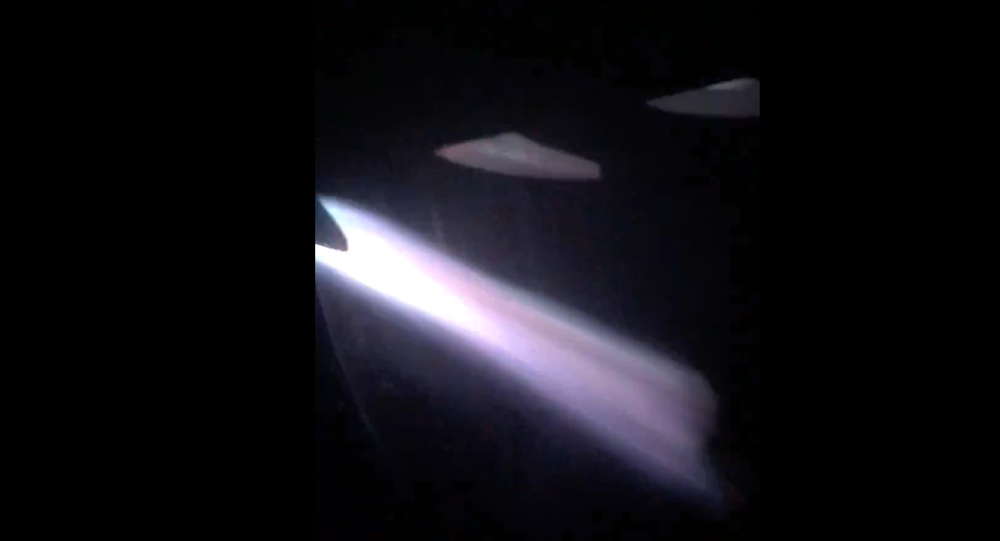 Video footage shared on social media shows flames emanating from a United Airlines plane engine while the flight made an emergency landing.

Chicago-bound Flight 366 from San Diego safely landed in Albuquerque, New Mexico, early Monday after one of the plane’s engines malfunctioned. The flight had 152 passengers and six crew members onboard.

​One of the passengers, Thomas Chorny, shared a video of the flames engulfing the engine on Twitter.

“The plane started to shake a bit like it was hitting turbulence, but the wings were perfectly still. I was halfway falling asleep but opened my eyes to look out the window and saw flames shooting from the right engine,” Chorny is quoted as saying to news outlets. “They shut down the engine to idle, and the flames went out, and then they started banking left for quite a while, and we dropped a bunch of altitude. It took another 10 minutes or so before they announced that we would be landing at Albuquerque.”

In his Twitter post, Chorny described how “strange” it was to just “sit there and accept the potential fate” of crashing. According to Chorny, there were only about three other people on the aircraft who saw the flames. He chose not to alert any of the other passengers about the problem because he didn’t want to “freak people out.”

According to United Airlines, Flight 366 was forced to divert to New Mexico due to a “mechanical issue with one of the engines.”

"The flight landed safely, and customers deplaned normally at the gate. Our maintenance team in Albuquerque will inspect the aircraft, and we've arranged for a different plane to get our customers to their destination which has departed," the airline noted in a statement.

United Airlines also confirmed that no injuries occurred as a result of the incident and that it is working with the US Federal Aviation Administration to determine the cause of the malfunction.