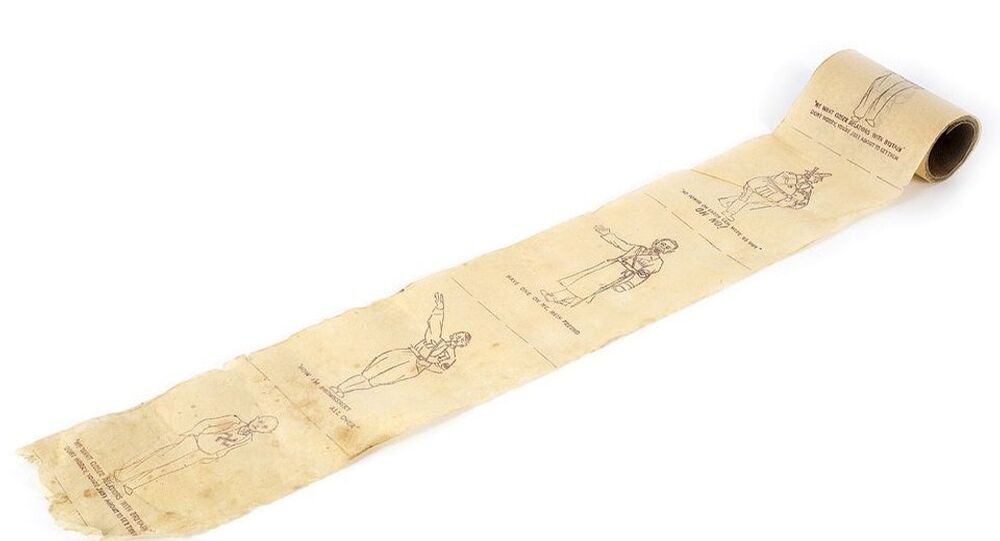 A roll of World War Two Nazi-themed toilet paper has sold for £198 at auction, with the buyer’s premium.

The roll, which pokes fun at the Third Reich and is thought to have been produced in the late 1930s, was discovered in a barn in Herefordshire. Thomas Jenner-Fust, an auctioneer of Chorley's Auctioneers in Gloucestershire described the item as "very niche".

Each of its 20 sheets is imprinted with an image of a Nazi caricature, including Hitler and the caption: “Now I'm brownshirt all over.” Other captures include “'We want closer relations with Britain.' Don't worry you're just about to get them.” And “No power on Earth can wipe us out. OH NO!”

"It's rather thin war-issue paper and wouldn't stand up to much. It came from a house in Herefordshire but unfortunately, the family had no idea where it came from. It's not complete, there are about 20 sheets and the end sheet has a tear mark across it,” Jenner-Fust said.

According to the auctioneer, the collector's item had been expected to fetch more than £100 but ended up being sold for £198 after the buyer's premium was added - about £10 per sheet.

"That has to be a world record for toilet paper. You could say we were flushed with success," he said.