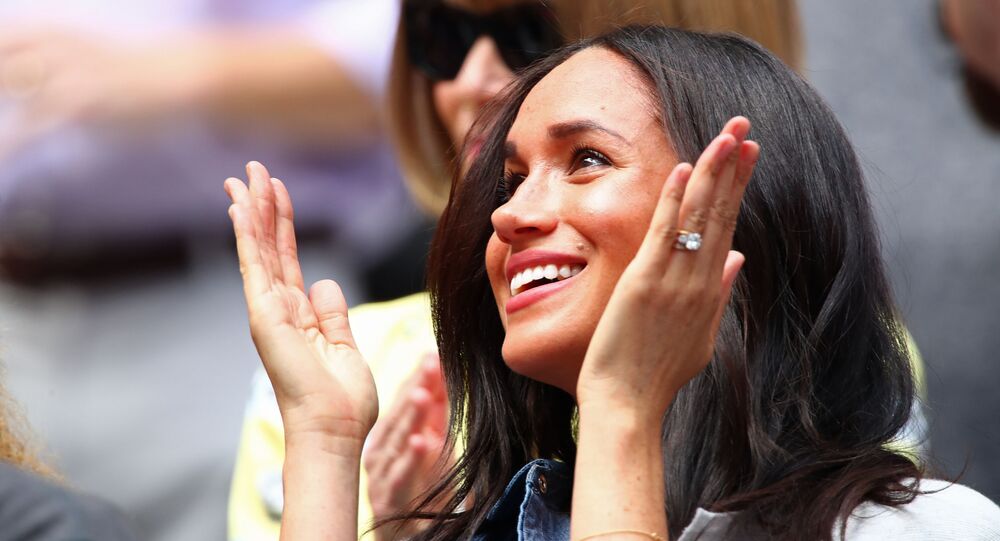 The Duchess of Sussex, Meghan Markle, flew to New York on Friday to attend a game between her friend Serena Williams and Canadian Bianca Andreescu at the US Open. After Williams failed to win her 24th Grand Slam, tennis fans jumped to the conclusion that Markle brings bad luck to Serena since it is not the first time she's lost when Meghan was watching.

Tennis fans have urged Meghan Markle not to watch Serena Williams play in grand slam finals anymore after the tennis star was defeated by Canadian Bianca Andreescu 6-3, 7-5 at the US Open on Saturday.

It was the third time that Markle has watched Williams play finals, and the previous two matches -this year's Wimbledon final against Simona Halep, and the previous year at SW19 against Angelique Kerber - also ended badly for Serena.

Meghan Markle is BAD LUCK for Serena!! Meghan went to the last two Wimbledon finals and US Open Final today. Serena is 0 for 3!! In fact, she has not even won a set!! Memo from Serena to Meghan: Next time I am in a Major Final, STAY IN THE CASTLE!!🤣🤣🤣🤣

​Another Twitter user wrote: "Dear Meghan Markle please stop attending Serena's finals matches. You are a jinx. Signed fans who are not her friends."

However, not all tennis fans agreed that it was Markle who should be blamed for Williams' failure to win her 24th Grand Slam.

Meghan Markle has been attending Serena Williams matches since 2012 and saw her win many open titles.... So spare me this ‘Meghan jinxes Serena’ BS..... what next? Blame Meghan for Boris Johnson inability is to govern a country?

​Apart from reacting to Serena's failure to defeat Andreescu, The Twitterati also commented on the fact that Meghan Markle reportedly travelled to New York on a commercial flight with British Airways. A last-minute First Class return ticket from London to NYC supposedly costs over $7,000. Last month, Meghan and Harry, who are known as environmental activists, were criticised for flying private jets to France and Ibiza as it contradicts their position on climate change.

Instead of flying first class to NYC to ruin Serena's game, why didn't "humanitarian" MARKLE donate to the poor people of the Bahamas who have lost everything? Thinks nothing of spending £90,000 ON ONE DRESS but can't get off her backside and help people in urgent need? pic.twitter.com/eiC6WsLTKY