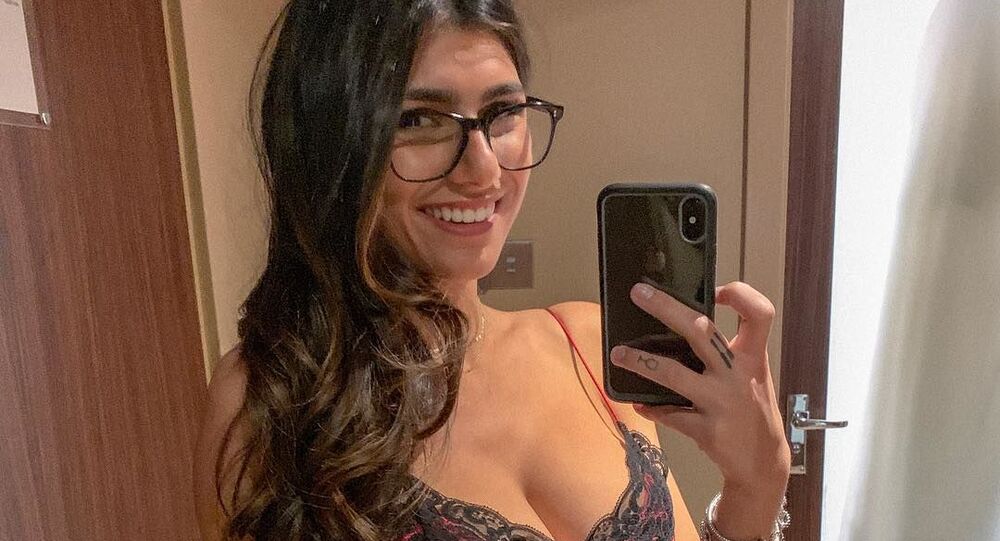 Former adult actress Mia Khalifa, who quit the industry four years ago shortly after performing sex acts while wearing a hijab, has revealed how her childhood insecurities and youth rebelliousness led her to venture into pornography.

“I struggled my entire childhood with [my] weight and I never felt attractive or worthy of male attention, and suddenly, [in] my first year of college, I start losing all this weight from making small changes and by the time I graduated I was ready to make a bigger difference.”

After losing over 20 kilos and getting a breast augmentation, she started receiving a lot of attention from men – something that made her feel validated but prodded to chase that feeling again.

Mia Khalifa, who moved from Lebanon to the United States with her family as a child, was living in Miami when she was approached by a man who offered her the opportunity to star in adult films.

She said she decided to accept the offer because she felt rebellious and because it was “so out of bounds” and “so out of character”.

She shot to stardom in January 2015, after performing while wearing a hijab.

“'You guys are going to get me killed’,” she recalled telling producers before the scene, but still agreed to it because of feeling “intimidated” and “nervous”.

“I felt completely alienated by not just the world, but my family and the people around me,” she recalled. “Especially after I quit, when I was still alone, even though I left. And I just realised some mistakes aren't forgivable.”

The actress ditched adult films for a “normal job” a month after the release of the infamous scene. She said she takes full responsibility for her actions, but still maintains that the hijab scene was meant as satire and was not to be taken seriously.

In all, she featured in twelve scenes that earned her a modest $12,000, in her own words.

Khalifa agreed with the notion that overexposure to pornography but is also ruining relationships for everyday people.

“The things that men see in videos, they expect from the women in their lives, and that's just not reality. No one is going to be that perfect, no one is going to do those acts on a Wednesday night with the person they love.”

Four years later, Khalifa still remains one of the most recognisable and searched-for performers on adult sites. She has gained millions of followers on social media under her stage name and has become a sports presenter. Earlier this month, Khalifa wed Swedish chef Robert Sandberg.

*Daesh (aka IS/ISIS/Islamic State) is a terror group banned in Russia and many other countries.