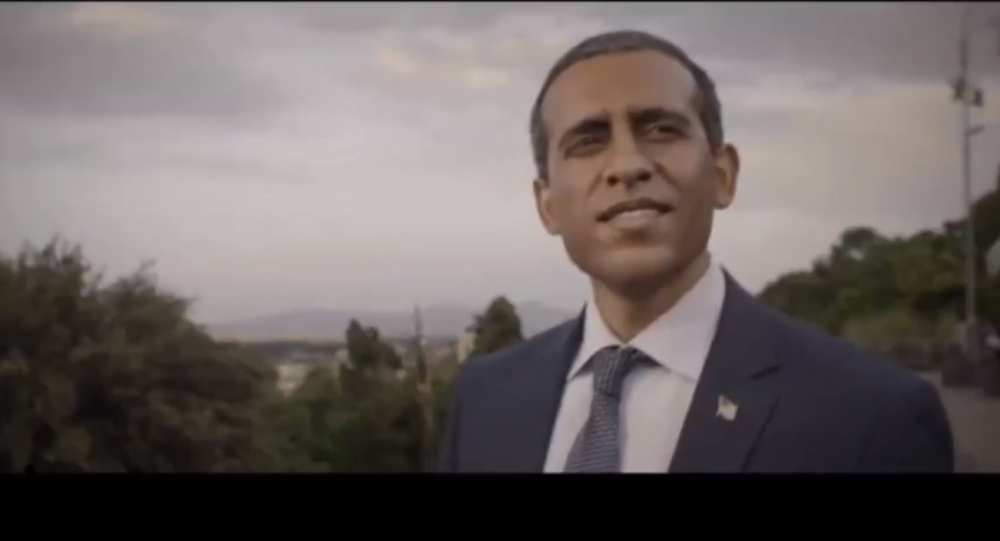 Alitalia has tweeted an apology "for the offence caused" by a recent promotional ad which included a non-black actor playing former US President Barack Obama wearing heavy makeup to make him look black.

Saying that the offensive ad has been removed, the company stressed that "it was never our intention to hurt anyone," and promised to "learn from what has happened."

Alitalia deeply apologizes for the offense caused by the promotional video on our Washington route. It has since been removed. For our Company, respect for everyone is mandatory, it was never our intention to hurt anyone and we will learn from what has happened.

The apology comes following a controversy which began earlier this week, when Alitalia released a social media marketing spot featuring actors playing US presidents George Washington, Abraham Lincoln, Barack Obama and Donald Trump along with the hashtag #WhereIsWashington, with the ad campaign meant to emphasise the convenience of its new route.

With the other actors made up to look like their real-life counterparts, the dark skinned but non-black actor of Tunisian decent playing Obama was made to look black, given an enlarged nose and other features, with his foundation makeup reportedly making him look darker.

The company initially challenged its critics, accusing one Facebook user of "exaggerating" the campaign's offensive nature. However, as criticism mounted, the company backed down and got rid of the controversial ad.

The Obama 'blackface' ad controversy sparked a massive debate online, with many users attacking the airline's marketing team for being so out of touch with "the state of the world today."

This @Alitalia video showcasing a silent blackfaced "Obama" is reprehensive on so many levels: racism, extreme provincialism, wilful ignorance of facts, lack of historic knowledge. I hope company will apologize (but strongly doubt it).https://t.co/lsreWxUxey

When your social media/ marketing team has no idea about the state of the world today. And the award goes to... @Alitalia. Ad shows actor in blackface portraying Obama. This is priceless :) https://t.co/B6FO4xxvm5

How the hell did that even get through multiple levels of approval?

Some criticised the airline even after it pulled the ads, saying they wouldn't be satisfied until the company canceled the route, or making blanket statements about all Italians being "proud to show how racists they are."

No apology can make up for something so deeply racist and offensive. respect for no one was shown here. do is a favor. cancel the route.

Not surprising, Italians are so proud to show how racists they are.

Not everyone was enraged, however, with some users complaining about people "obsessed with looking for a reason to be offended," or insisting that the company had nothing to apologise for.

No need to apologize, it’s just ridiculous how nowdays, if you don’t show minorities in promo video you are racist, if you show them you are being offensive. This people basically live to complain, you can’t make them all happy. Unfortunately is the 2000> hysteria. #pathetic

Is this really “black face” because it just looks like an actor wearing makeup. It’s not that much different than Fred Armisen’s SNL Obama sketch pic.twitter.com/g84WVvY1JF

I don't agree with this. Obama is biracial with a brown skin and I like to think anyone with such skin tone is good enough to portray the president.

Just trying to understand?? How the fuck do you play Obama without a blackface? People are way to sensitive. If it isn't disrespectful then what's wrong?