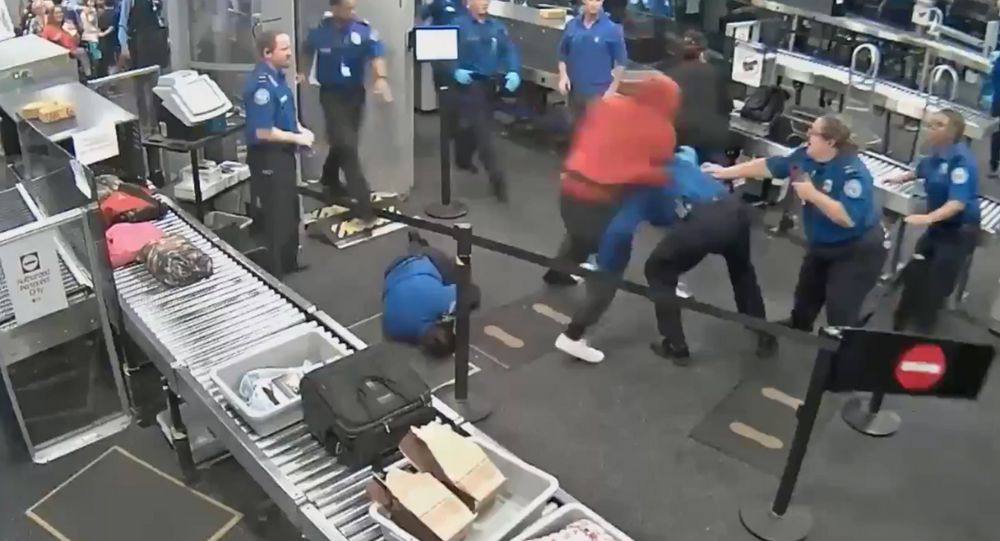 The brief video, which was recorded Tuesday and released by officials on Thursday, shows Tyrese Garner pushing past fellow travelers and running through a metal detector at the airport’s D security checkpoint.

The following scenes show several agents with the US’ Transportation Security Administration (TSA) trying to detain Garner as he attempts to punch his way through security personnel. The first agent that Garner pushed past is seen lying on the ground during the remainder of the clip.

​Citing a police report filed in Maricopa County Superior Court, the Arizona Republic reported that the incident unfolded at roughly 9:40 a.m. local time and that Garner punched a total of five TSA agents before he was detained.

However, the situation didn’t improve much by the time that local law enforcement officials arrived on the scene to take Garner into custody. The report indicates that Garner refused to be walked out of the area and that he was ultimately removed from the scene after being placed on a gurney.

As for the TSA agents, one was hospitalized, and four others were directed to urgent care clinics, according to local news station WFLA.

Garner was taken to the Maricopa County Jail and charged with criminal trespassing, resisting arrest and assault. Per the Republic, Garner is suspected of having been under the influence of drugs or alcohol. He is scheduled to appear in court on June 25.