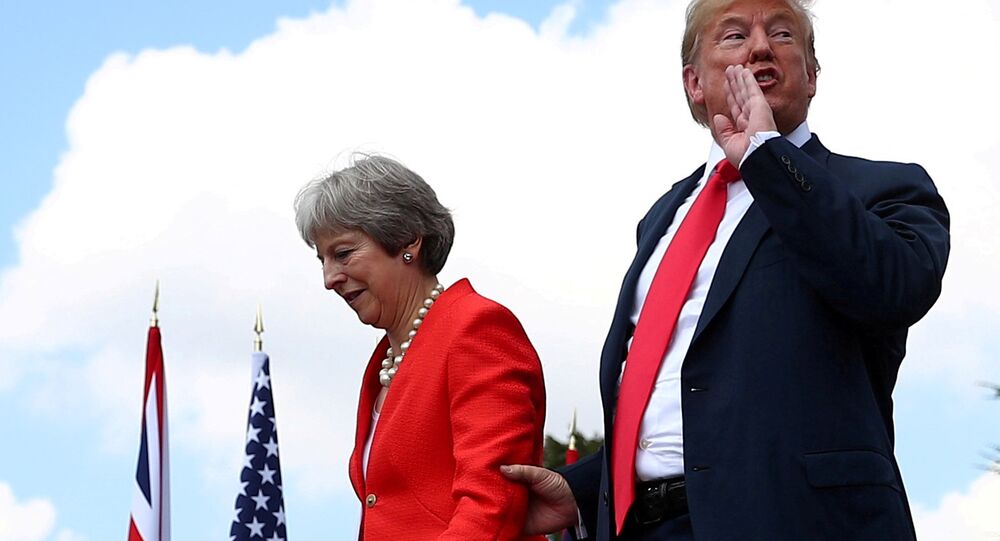 McFadden’s tweet elicited a mixed reaction online as some people seemed to agree with his assessment of British politics but at the same time did not share his opinion of Donald Trump.

Irish singer and former star of boy band Westlife, Brian McFadden, has apparently managed to stir up quite a storm on social media with his latest assessment of the British political landscape in the wake of Theresa May’s resignation as PM.

Describing the fact that politicians like Boris Johnson, Nigel Farage and Jeremy Corbyn now vie for the office of prime minister as “scary”, McFadden insisted that Britons should take pointers from someone on the other side of the Atlantic.

"Britain is f*cked!!! Literally f*cked!  Incredible how many Brits jump on the anti-Trump bandwagon. He’s exactly what Britain needs! A Britain first at all costs attitude is essential", he wrote.

Many social media users, however, did not seem to appreciate Brian’s input.

I… I'm so confused. This is like two completely polar opposite tweets mashed together. How can you hate Boris and Farage, yet love Trump? They're basically evil triplets?!?!

​And there were also those who appeared to agree with Brian’s opinion of the current situation in Britain but did not share his pro-Trump sentiment.

I was with you until you mentioned Trump!

Reading this agreeing then get to the end… pic.twitter.com/TZMm2kXaFA

​Theresa May, who has served as the British PM since 2016 and was expected to lead the country though the whole Brexit process, publicly announced her resignation on 24 May in front of a crowd gathered in Downing Street.

A subsequent YouGov poll has revealed that about 28 per cent of Britons said they believe that Boris Johnson would make a good prime minister, thus putting him ahead of other potential candidates to replace Theresa May, with Home Secretary Sajid Javid and Secretary of State for Environment Michael Gove trailing behind.