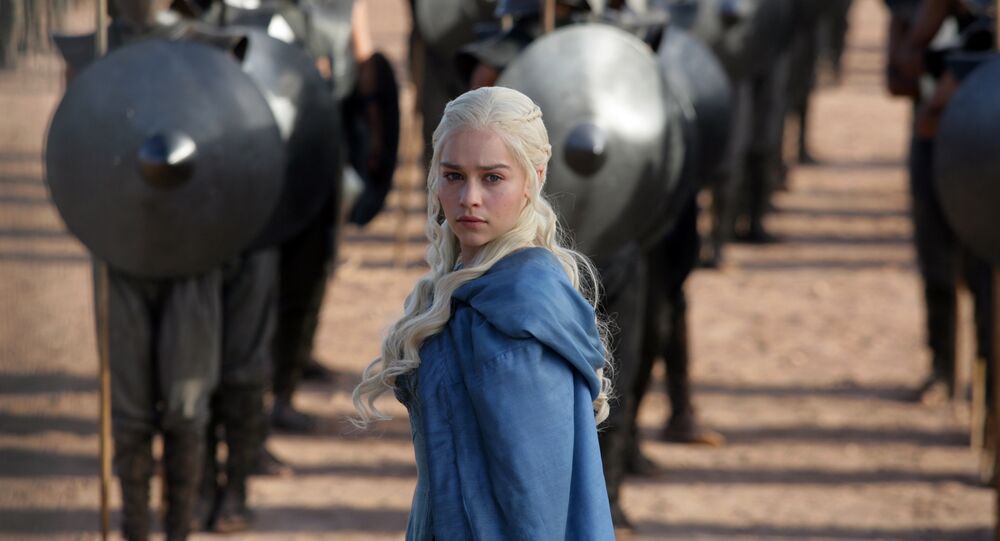 The US vice president’s name was repeatedly uttered during a fantasy language improvisation during the filming of a GoT episode.

During their recent appearance on “Jimmy Kimmel Live!”, David Benioff and D.B. Weiss, producers of HBO's Game of Thrones saga, offered a surprising insight into the making of the third episode of the show’s final season which, as it turns out, involved the name of the vice president of the United States.

As Weiss explained, at some point during the filming, director Miguel Sapochnik told Jacob Anderson, the actor who plays Grey Worm, to improvise and yell something to the Unsullied troops under his command in Valyrian – a fantasy language featured in the setting.

This revelation elicited an amused reaction on social media, with a number of netizens speculating about possible reasons behind Anderson’s choice of words.

If you have "rage" against someone as harmless as Mike Pence, you are easily agitated and might need professional help.

I assume Grey Worm will be banned from Facebook now.