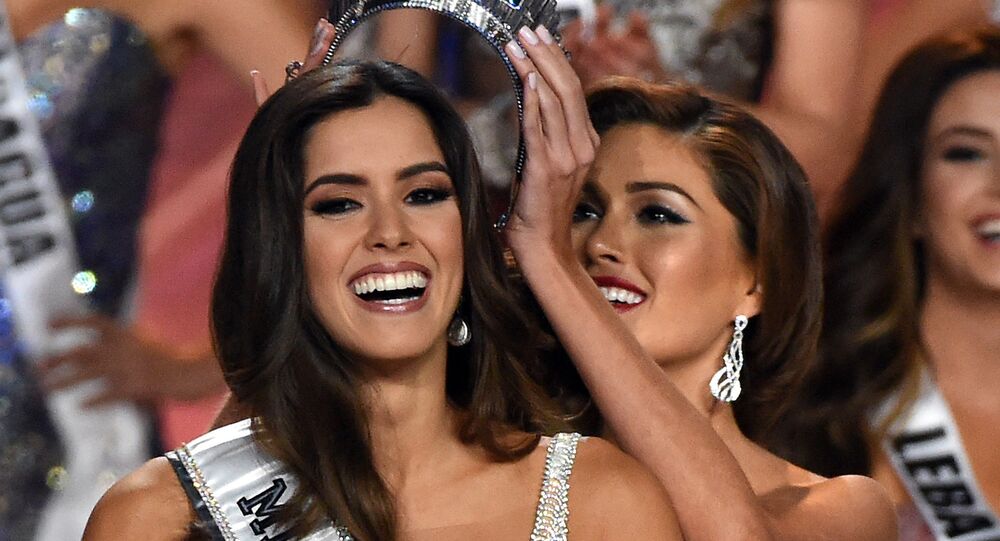 Reflecting on her predicament, Paulina Vega said she hopes that society will keep questioning the brands and media who “continue to idealise bodies that are not real or necessarily more beautiful than others”.

Paulina Vega, a model from Colombia who won the 2014 Miss Universe beauty pageant, has recently revealed how a little bit of extra weight she gained while travelling about a year and a half after relinquishing her title made a huge impact on her modelling career.

As Pauline explained in a blog post titled “A Measure Does Not Define Me”, it all started when in 2016 she signed up with a modelling agency in Miami which wanted to add her to their selection of models in New York.

"I kept travelling and working. I felt healthy and happy with my body. Three months passed by and I went back to the agency. Apparently, it had gone up one kilogram", she wrote. "At the meeting they told me that they no longer considered me a model of catwalk and editorial, that I was no longer among the 'skinny' and would be classified as a 'plus size' model".

Paulina added that "going from ‘skinny’ to ‘curvy’" inspired her to focus on what she really loves and to forge her own path, and expressed hope that "as a society we continue to question the brands, media and industries that continue to idealise bodies that are not real or necessarily more beautiful than others".

While some social media users appeared shocked by this development, others either seemed amused or expressed no sympathy to the model over this.

paulina vega plus size then WHAT AM I https://t.co/8hv9Bx6Mvy