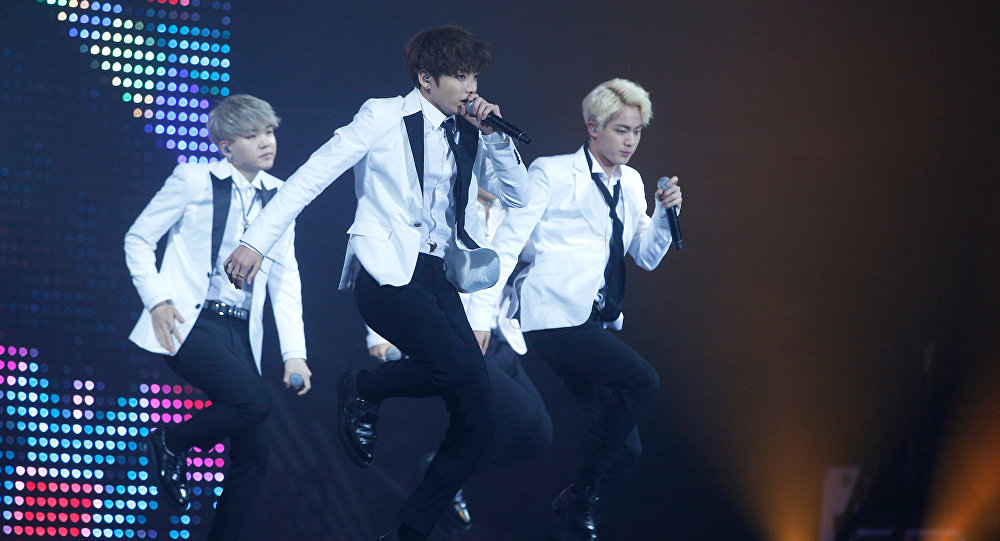 A spokesman for a prominent global ticket marketplace has noted that the Korean boy band is rising in popularity at “an unstoppable rate”.

As South Korean boy band BTS embarks on its BTS World Tour: Love Yourself, it turns out that their ticket sales managed to eclipse those of famous performers like Drake, Ariana Grande, and the Spice Girls, Metro reports.

According to the newspaper, the data provided by StubHub UK, "the world’s largest ticket marketplace", shows that "Drake is second place followed by Post Malone, Panic! At The Disco and the Spice Girls reunion tour rounding off the top five".

© AP Photo / Sayles/Invision
BTS Fans Left Hypnotised as K-Pop Boy Band Makes SNL Debut
As a spokesman for StubHub revealed, this development came as a surprise, "suggesting that the new music craze is here to stay".

"‘K-pop is certainly having its moment in the music scene at the moment and rising in popularity at an unstoppable rate", they remarked.

The newspaper also points out that BTS’ extended play Map of the Soul: Persona made them “the first band since The Beatles to get a third number one album on the Billboard 200 chart in 12 months”.