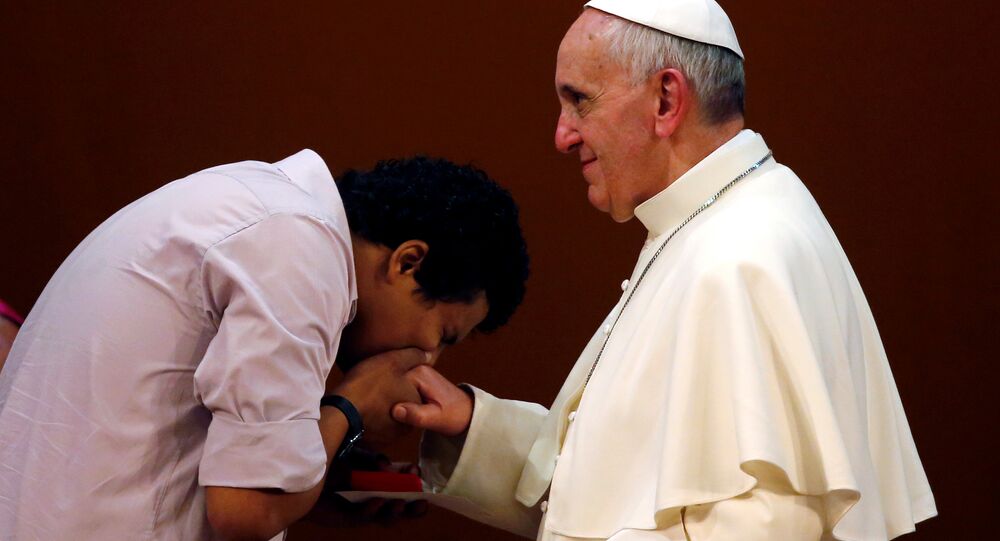 Recent footage of Pope Francis repeatedly withdrawing his right hand as a long line of people bowed and attempted to kiss his ring, as per the common tradition, went viral on social media.

"It's very simple, [after the first kisses] the hand was wet, and I thought that it was becoming a breeding ground for microbes. Simple consideration for hygiene", Pope Francis explained to one of the journalists when he jokingly jerked his hand away during a traditional greeting.

Vatican spokesman Alessandro Gisotti earlier stated that the Pope was worried about germs.

The pope is now on an apostolic visit to Morocco, which will be regarded as the sequence of inter-religious dialogue between Christians and Muslims.

On 25 March, Pope Francis made a pilgrimage to the Italian city of Loreto, where the Sanctuary of the Holy House is located.

The programme, which was supposed to welcome the believers in the local church, and, as captured on video, later widely broadcast on the Internet, the pontiff has constantly removed his hand when believers tried to kiss the fisherman's ring on it, that symbolises the papal authority.

Pope Francis really doesn't want anyone kissing his ring.
This from today, after Mass… pic.twitter.com/CZUO8ppNfo

Thou Shalt Not Kiss: Pope Denies Worshipers Right to Smooch His Ring (VIDEO)