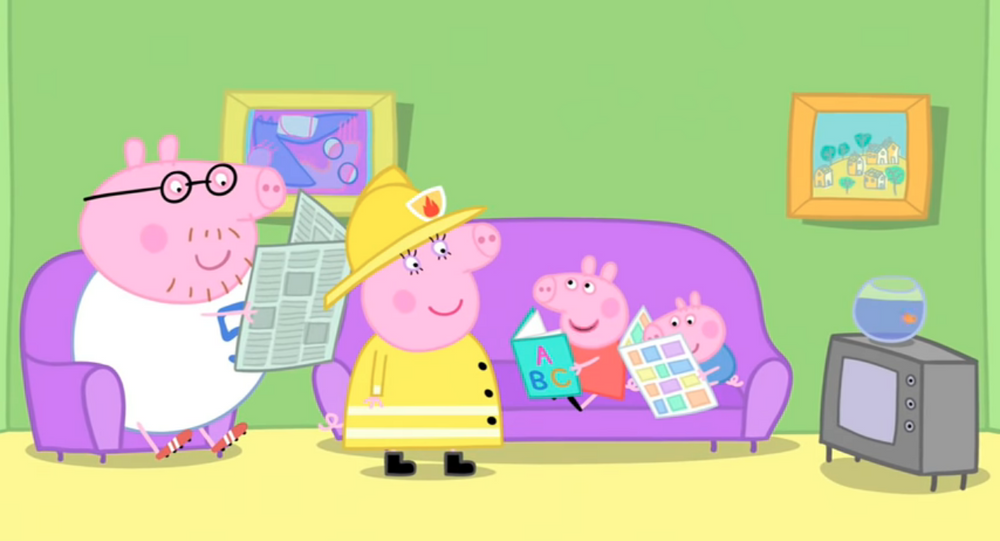 One of the UK's most beloved cartoons was attacked on social media for promoting sexism for using the word "fireman", sparking a public outcry on Twitter. The London Fire Brigade was triggered by the 2009 episode 'The Fire Engine' which opens with the narrator stating "Mummy Pig is dressed as a fireman".

Come on @peppapig, we’ve not been firemen for 30 years. You have a huge influence on kids & using out of date stereotypical gender specific wording prevents young girls from becoming firefighters. Join our #Firefightingsexism campaign https://t.co/IRjLtqolEl

​Currently, the brigade is running its 'Firefighting Sexism' campaign to address gender imbalances in the workplace, noting that 354 of London's 5,000 firefighters, or seven percent of the workforce, are women.

"You have a huge influence on kids [and] using out of date stereotypical gender-specific wording prevents young girls from becoming firefighters", the spokesperson added.

But others rushed to Peppa Pig's defence, stating that female characters had come to rescue the fathers from a mishap over a barbecue in the episode and that the London Fire Brigade had missed the plot.

You have never watched the show properly. Ms Rabbit does nearly everything in the show, shop owner, helicopter pilot, rescue, you name it! Give her a break, let someone handle the fire duties.

And just like that, the London Fire Brigade became a laughing stock

It's an episode from a decade ago.

​But Peppa is not the first animated character to provoke the London Fire Brigade's ire after Fireman Sam had also been accused of stereotypical male chauvinism by a senior firefighter. Piers Morgan was one of the most vocal personalities to speak out, deriding the fire brigade for being triggered over a 'cartoon character' and 'politely' suggested that women offended by the episode "probably don't have what it takes to fight fires".

Come on @peppapig, we’ve not been firemen for 30 years. You have a huge influence on kids & using out of date stereotypical gender specific wording prevents young girls from becoming firefighters. Join our #Firefightingsexism campaign https://t.co/IRjLtqolEl

This is Firefighter Penny Morris.
She's been in Fireman Sam since the 80s.
She was the character that made me realise you didn't have to be a man to be in the fire service.
The show is not sexist.
Get over yourselves. pic.twitter.com/KNzc9om1bU