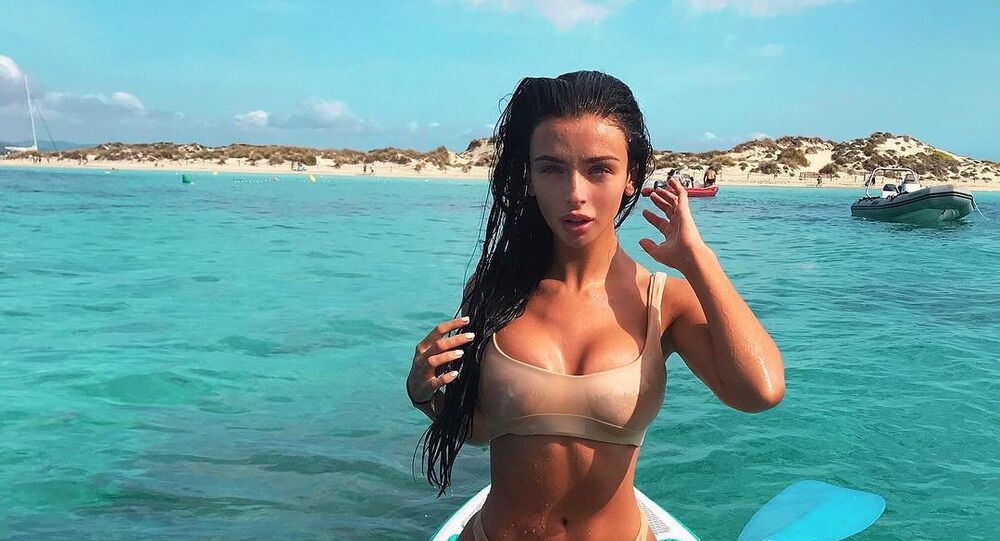 Kady McDermott, a Hertfordshire make-up artist, Love Island reality show star and Instagram celebrity, had to change her account name following a spat with UK model and The Only Way is Essex show star Maria Fowler.

The two ladies engaged in a very public war of words after fans suggested that McDermott's new Instagram page, Our Village Project, was too similar to Fowler's page, entitled Project in a Village.

Good morning. I hope your weekend is as amazing as you x

The things turned nasty after Fowler acknowledged she is aware of McDermott's page and reached out to Kady in private messages to sort things out. A remarkably ungraceful argument that ensued culminated in Fowler calling McDermott "a f***ing brass" and a "clown," to which Kady replied "your daughter is vile."

After the argument went public, Kady came under attack from internet trolls, who reportedly wished her cancer, said they hoped her children would die and urged her to kill herself, The Daily Mirror reports.

The Love Island star revealed this as she shared a public apology, after apologizing to Fowler personally in a phone call. Horrified by the troll backlash, Fowler posted a message to subscribers urging them to stop.

"I don't want something stupid to happen to a young girl because of the internet so if I can ask people despite your frustrations to stop inboxing her now, I appreciate all your support and nice messages over what happens," she wrote. "As humans we have a moral duty to make sure each other are ok."

McDermott subsequently changed the name of her Instagram to "Out Bungalow Project," as Fowler suggested she "just keeps her head down and let's this blow over."

Trust the magic of new beginnings 💫

The backlash prompted concerned boyfriend Myles Barnett to send a message of his own via Instagram "stories."

"One thing she doesn't deserve is where it's got to now, now to be receiving things like death threats, really, really detailed death threats," he said in a series of videos.

"What you get on social media is really what you lot want to see, you want to see this glamorous lifestyle," he added. "It may come across that she's self obsessed but anyone who knows Kady will know that she's beautiful inside and out."

Don’t let the internet rush you, no one is posting their failures💫🖤 @missyempire #Ad

Coffee & Salt: Celebrity Portraits as They've Never Been 'Painted' Before

Some Like It Hot... And Expensive: 7 Celebrity Outfits Sold for Big Bucks