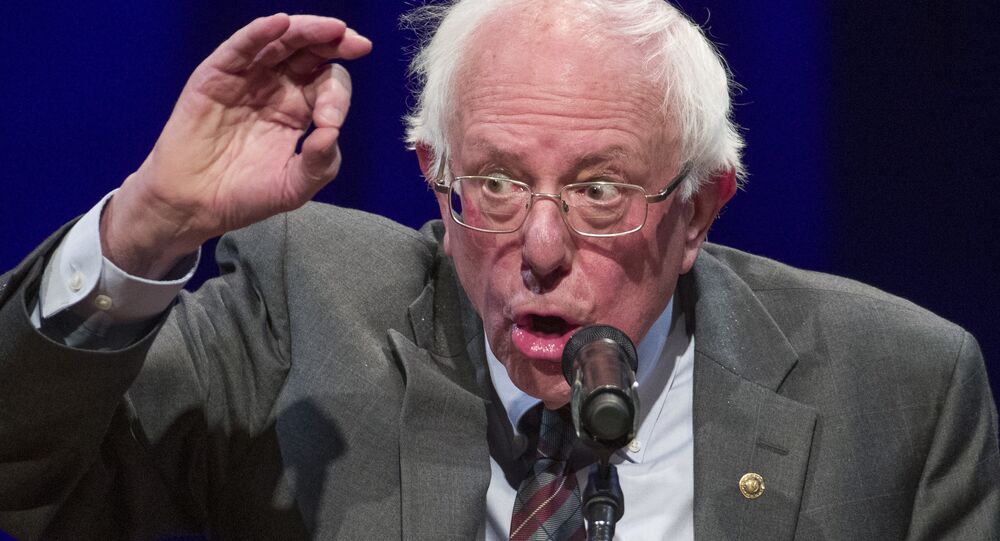 When 30-year-old footage of Vermont’s independent senator, Bernie Sanders, singing drunk and shirtless in a sauna complex in the Soviet Union emerged on Twitter Monday, folks had a field day with it. Some found it endearing and amusing, but others were enraged by him palin’ around with Russians.

© Flickr / Gage Skidmore
This is How the 2016 US Presidential Candidates Feel About Russia
The footage comes from an archive compilation assembled by Channel 17 in Bernie's hometown of Burlington, Vermont, where he was mayor from 1981 to 1989. In 1988, Bernie and his wife, Jane, ventured to the Union of Soviet Socialist Republics and met with communist officials, who shared with them the secrets of urban planning and social services, according to Politifact. Devious? Scandalous? Treasonous? Nah, just part of his duties as mayor: Bernie and his city staff had gone to Burlington's sister city of Yaroslavl, 160 miles north of Moscow, as part of a cultural exchange program.

Clearly, the Sanders got a generous helping of Russian culture, although the cultural exchange factor is also on display, as they sing "This Land is Your Land," a patriotic song by American folk singer Woody Guthrie.

Bernie and Jane on their honeymoon in Russia singing “This land is Your Land” with their Russian comrades!!

Trigger Warning: Bernie is sitting at a table shirtless in his briefs. So are most of the rest of the men… pic.twitter.com/2DPyDY2WV0

​According to the program, which is still running today, visitors between the two cities have included "mayors, business people, firefighters, jazz musicians, youth orchestras, mural painters, high school students, medical students, nurses, librarians and the (Yaroslavl) ice-hockey team." It's unclear from the website how many of them undressed to their briefs and drunkenly sang folk songs, but we like to think it was most of them.

© Sputnik
Clinton on Why She Lost: 'It Was Bernie, Russia, Obama, Media and ...'

Twitter had about the reaction you would expect: some were disgusted (what, there aren't shirtless old men in your town?), others were amused or found the humanity on display endearing. More worrisome were the many who found it suspicious or incriminating to see Sanders, who vied for the Democratic Party's presidential nomination in 2016, being friendly with Russian people, who in America in 2019 have become a mustache-twirling nation, Enemy Number One.

NEW: Recently discovered footage from 1988 reveals a shirtless Bernie Sanders with his wife, Jane, on their honeymoon in the USSR, drunkenly signing “This Land Is Your Land” with a group of presumed Soviets.

​While "Presumed Soviets" would make an excellent band name, the wording is sort of odd. First of all, there is no "soviet" nationality — "soviet" means "council" in Russian, and since Yaroslavl was in the Russian Federative Soviet Socialist Republic (RSFSR), there stands a decent chance that the fellows they're raising their wrists with are also Russians.

Jesus Christ. The Soviets?! Those were the bad guys Bernie.

​Yes that's right, the bad guys! One is reminded of Russian poet Alexander Blok's sardonic poem "Scythians," which perhaps a cultural exchange program like Bernie's might have familiarized these Twitter posters with:

"Yes, we are Scythians! Yes, we are Asians —
With slanted and greedy eyes!"

It seems to reflect the attitudes of perennial distrust shown to Russians by some people in the West who think the Cold War never ended.

The couple that Treasons together stays together…

​Oh my, treason in a granchak! Seems to water the word down a bit, don't you think? Not that that hasn't happened already.

Proves he has a soft spot for them though

​Is there something particularly illuminating about the fact that Sanders has a "soft spot" for the Russians? Is that an incriminating or delegitimizing act?

Fortunately at least one person saw through the Russophobia:

I agree. Are we supposed to be shocked that he treated russians likw humans or that he took a trip to his citys russian sister city to encourage diplomacy?

​Maybe it's best if we just let Bernie's memories live and take this person's sage wisdom to heart:

the 80s were a wild time

US Senator Bernie Sanders Warns US Against Supporting Coup Against Maduro

One of the Front-Runners? Sanders Mulls 'Much Bigger' Presidential Campaign