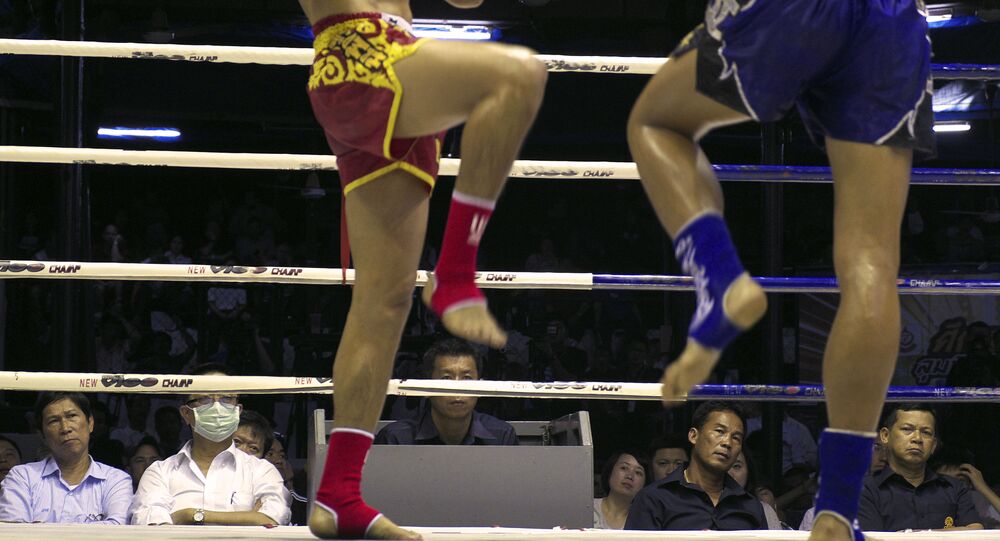 As the person who recorded the video explained, the boxer wanted to win so badly that he “just punched whatever or whoever was near him”, and it took the referee quite some time to calm him down.

The traditional Muay Thai field boxing event at the Huay Chorakhe Temple Fair in Nakhon Pathom, central Thailand, treated the people attending it to a peculiar scene when one of the boxers, disoriented after taking several blows to the head, ended up attacking the referee.

Dazed and confused, the fighter apparently mistook the referee, who stepped in to break up the contestants, for his opponent, and charged into him, relentlessly punching and kicking.

"He just wanted to win so much that he just punched whatever or whoever was near him and he didn't even hear what the judge was trying to say," the person who recorded the video said, as quoted by the Daily Mail.

Fortunately, the referee managed to keep the boxer at bay long enough for the latter to finally come to his senses, with the audience left visibly amused by the occurrence.

The boxer later apologised for his actions.