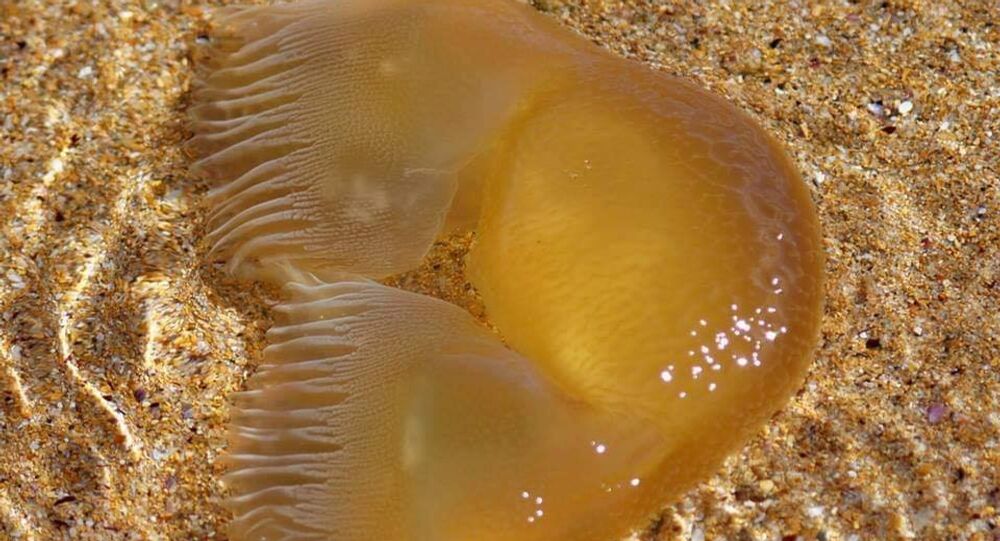 A mysterious jelly-like creature with a mustard hue and a "fringe" has been discovered by locals on one of the country's beaches, the Mirror reported citing eyewitnesses.

A picture of the animal was then sent to Sapphire Coast Marine Discovery Centre in Eden, who asked the public for help identifying the creature, according to the Mirror.

Social media users began to theorise about the creature's origins and put forth their ideas. Some have suggested that the photo shows a jellyfish, but could not find the corresponding species in reference books.

"It would appear this isn't the entire animal, but rather a section or portion of a larger jellyfish. 'Catostylus mosaicus' commonly known as the Blubber Jelly. Its colour is due to symbiotic algae in its body wall, so the colour can vary depending on location", the centre wrote later on its Facebook page.

'It Was Only Natural': Massive Carpet Python Eats Family's Pet Cat in Australia