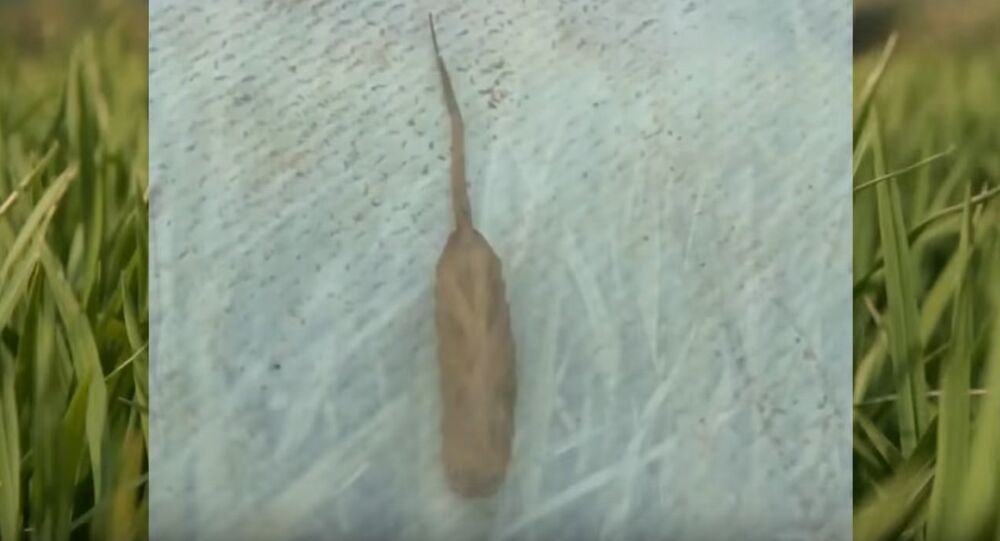 An entomologist from the University of Sydney said, however, that the creature is not some kind of space alien, and is in fact quite beneficial “to the nation as well as across the world”.

Many social media users were baffled by the appearance of an enigmatic, oblong-shaped bug sporting a tail that was recently stumbled upon by tourists in Australia.

The video was recorded at Victoria’s Lake Bolac by a backpacker named Guy Shlomi who posted it on Facebook with the following caption: "Just another alien in Australia".

According to Yahoo News, however, the creature turned out to be nothing but a rat-tailed maggot and not some kind of extraterrestrial organism.

As Dr. Tanya Latty, an entomologist at the University of Sydney, explained, these insects "are a valuable asset to the nation as well as across the world."

"They are not harmful and are in fact beneficial insects. They are the larvae of drone flies which are pollinators", she said.