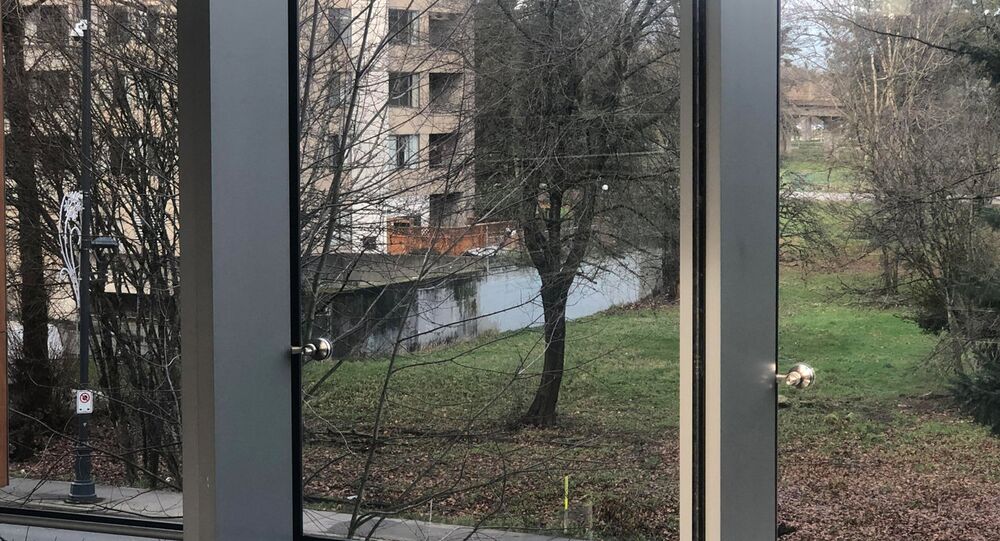 Internet users have been divided over a mind-boggling photo of a neighbourhood in Surrey, British Columbia. The core mystery is whether there is a wall in the photo.

A photo, which has racked up hundreds of comments, shows what at first may appear to be a muddy pond — or a pond that partly reflects a building behind it.

According to the author of the photo, there actually is a pond in the photo, but a part of it is blocked by a grimy concrete wall, which creates the optical illusion. Some apparently needed more proof to quell their doubts.

"I'm so confused, where's the wall?" inquired a perplexed user, who then received a perfectly logical reply: "It's where the pond isn't".

"I seriously didn't know what I was looking at until I saw this picture. I only saw water", a user with the handle OnlyAlec confessed.

"I only saw [sic] wall, I had to look at it for a while until I saw where the body of water would be", a Redditor added, while several others are still looking for water in the picture.

"But is the wall blue or black?" the user rarecoder asked tongue-in-cheek, in an apparent nod to the viral photo of a dress whose colour stirred up hot debate online some three years ago.

Boobs With No Surgery: Try on This 3D Optical Illusion 'Boob Job' Top

Beijing: No Country Should Be Under Illusion It Can Undermine China’s Interests

'What Color Do You See?': Another Optical Illusion Baffles Internet