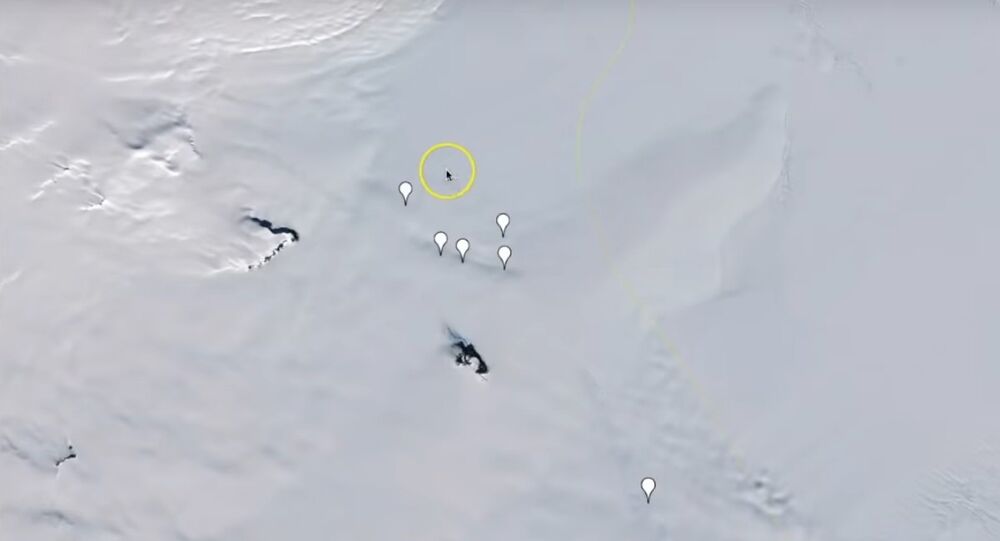 A few days ago, YouTuber MrMBB333 discovered on Google Earth what seemed to be an ancient underwater city off the coast of Los Angeles, California.

A YouTube blogger, with the nickname MrMBB333, has uploaded a new video of his Google Earth tour of Antarctica. While observing the snowy land, he spotted a strange area beneath the Antarctic glacier.

As the blogger zoomed in, tubes in the ice appear in an intricate pattern, stretching for miles across the glacier, with the snow seemingly thinner in those areas.

“Maybe it’s a natural artefact. It’s very unique. I’ve never seen anything quite like it”, he says.

The video sparked assumptions of extraterrestrial life underneath the glacier and other conspiracy theories, with users writing comments such as “Looks like a huge net…wonder what's underneath. No wonder they don't want the ice to melt”, “Wow — that is really interesting… I bet we were not supposed to see that!”﻿” or “This could be why the elite are panicking about the melting ice and NOT the worry of global warming; Worry of EXPOSURE to the world of the truth”.

“Surface of covered space ship?” and “Exterior of an underground alien bunker,” two other users weighed in.

One YouTuber, however, suggested that “it's actually just drifts of snow and erosion patterns in the ice from the wind and blowing snow. It looks rippled like dunes in the desert which of course is natural”.