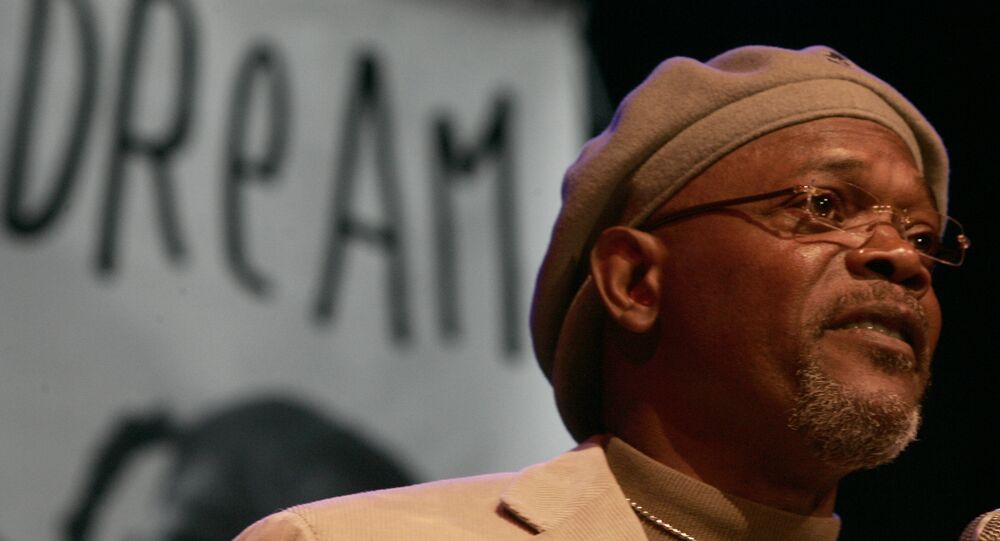 American actor and film producer Samuel L. Jackson is not a fan of US President Donald Trump, and he’s definitely not shy about on his Twitter feed.

A tweet he posted Monday, which reads, "Why is that Hemorrhoid threatening to shut down the Government over a Wall budget? What happened to ‘and Mexico is gonna pay for it'??!!," was especially popular, amassing almost half a million likes on Twitter.

In an interview with Politico this week, Trump said he is "totally willing" to partially shut down the government if he doesn't get a bill approving $5 billion from Congress for his proposed wall at the US-Mexico border.

Despite his question garnering almost 90,000 retweets, it appears as though the "Pulp Fiction" star was reported to Twitter for it.

On Wednesday, he shared a screenshot of an email sent to him from Twitter with the caption, "Hahahahahahahaha Hahahahahaha,ah ah ah….hahahahahahahaha, some Muthaf*kka tried it,ahhhhahahahaha." The email from Twitter states that the social media site "investigated the reported content" but could not "identify any violations of the Twitter Rules or applicable law." Thus, they have "not taken any action at this time."

This isn't the first time Jackson has been reported to Twitter and gotten away with it.

Jackson and Trump have also feuded for some time. In 2016, Trump tweeted, "I don't know @SamuelLJackson, to best of my knowledge haven't played golf w/him & think he does too many TV commercials — boring. Not a fan."

In an interview with American comedian and television host Seth Meyers, Jackson confirmed that he had played golf with Trump.