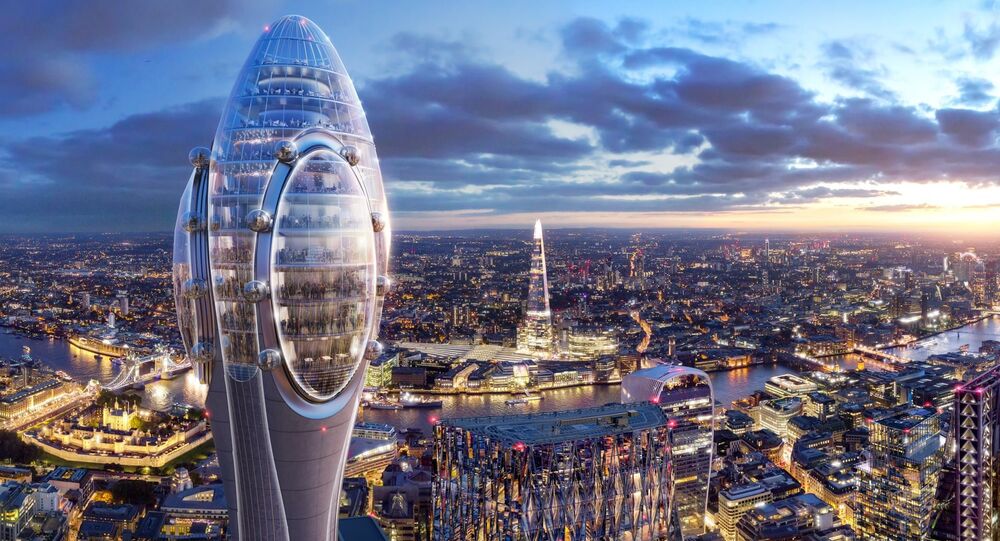 One of Britain's most famous firm of architects has unveiled plans for a Tulip Tower in the heart of the City of London. But no sooner had the images been released than social media users were mocking it as looking like a sperm or even a sex toy.

An application to build the 1,000 foot skyscraper on a site right next door to 30 St Mary Axe — better known as "The Gherkin" — were submitted to the City of London Corporation on November 13.

Foster + Partners, the architects who have designed it, say they hope it will complement the London skyline and will join other skyscrapers which have been dubbed the Cheese Grater and the Walkie Talkie.

But Twitter users were quick to lampoon the building, highlighting the similarities between the shape and a sperm.

Some even suggested it looked like a giant sex toy.

Jacob J. Safra, whose Bury Street Properties, will be paying for the building, tried to rise above the smut.

"Continuing the pioneering design of 30 St Mary Axe, the Tulip is in the spirit of London as a progressive, forward-thinking city. It offers significant benefits to Londoners and visitors as a cultural and social landmark with unmatched educational resources for future generations," said Norman Foster, founder of the famous architecture firm, in a press release.

'Giant Sperm' Could be on London Skyline by 2025

If planning permission is granted construction would begin in 2020 and the "giant sperm" could be hovering over the capital by 2025.

Is it just me or does the planned tulip look a little like a monster sized sperm?!?! https://t.co/1UPmweesuG

​The Tulip Tower is designed to be simply a visitor attraction without any office, hotel or retail space.

The planning application says there will be transparent passenger pods — or lifts — running up the outside of the building.

Around 20,000 school children will be offered free visits every year.

Sure, it’s sort of pretty? The novelty will wear off quickly & people will flood back to more well known attractions. Besides, in 10 years it will be smothered by buildings the way the Gherkin was and you’ll lose all views.

Also it looks more like a Q-Tip or Sperm than a Tulip. https://t.co/XN9kmX8O7t

"We are confident in London's role as a global city and are proud to offer its schoolchildren a state-of-the-art classroom in the sky to appreciate London's history and dynamism," said Mr. Safra.