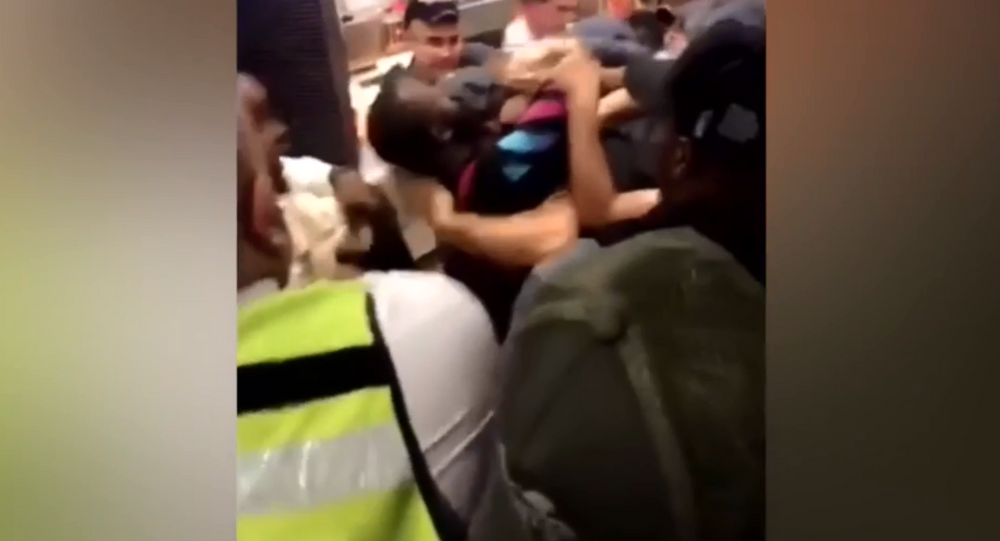 Londoners trying to enjoy their Happy Meals at a McDonald's in Shepherd's Bush found themselves ringside at a wrestling match earlier this month after an employee and a customer began grappling.

Footage of the incident begins after the initial confrontation and shows a massive crowd surrounding the two as the employee is put into a headlock by the customer. For much of the recording, several coworkers and even a security guard are seen attempting to pull the pair apart.

A McDonald's spokesperson told the Daily Mirror in an article published Friday that they are aware of the incident. "The safety and security of our people and our customers is our absolute priority, and it is extremely disappointing and unacceptable to see one of our customers behaving in this way," the statement reads. "We were aware of this incident and offered all members of our team caught up in the incident any support they required."

It's still unclear what triggered the altercation. Per the London Metropolitan Police, the incident was not reported to their offices.

The brawl comes days before employees of the golden arches in the US are expected to take part in a strike to protest sexual harassment in the workplace. According to Grub Street, the strike will take place on September 18 at various locations including Chicago, Miami, Los Angeles, New Orleans and San Francisco.