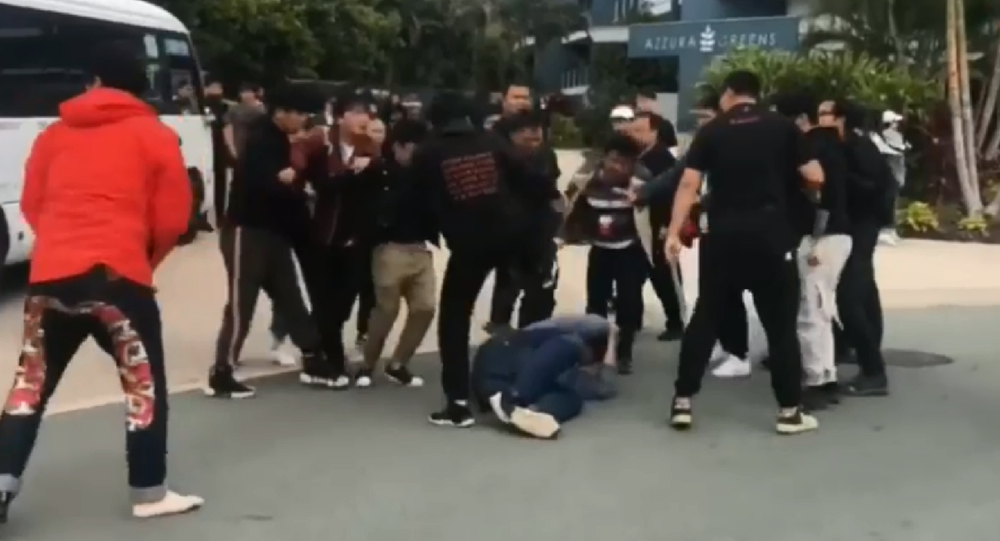 A film crew working for popular boy band Nine Percent was recorded clashing with a group of fans on Wednesday just outside of the Azzura Greens Resort in Australia's Gold Coast.

Footage captured by a shocked bystander shows the film crew throwing punches and kicks at fans. The video then zeroes in on a group of people swarming a man who is sporting a grey sweater. According to 9 News, which obtained the footage exclusively, the crew also used tripods to fend of the fans.

The altercation reportedly took place moments after crew members departed the bus carrying the popular Chinese group. Fed up with fans tailing them for pictures, the film crew responded with force. One person, a student from Griffith University, received treatment for minor injuries at a local hospital.

Although police did arrive on the scene, that didn't prevent the fans and members of the film crew from engaging in a round of fisticuffs. Additional footage obtained by 9 News shows a woman in green hair throwing a couple punches before being pushed away from the scene by a bystander.

Some 20 persons reportedly took part in the brawl. A total of five people were charged with common assault and public nuisance, the Daily Mail reported, citing the Gold Post Bulletin.

The increasingly popular Nine Percent was reportedly in town to film their latest music video. 9 News reported that the latest incident comes three weeks after a dedicated fan paid thousands of dollars to have one group member's name written in the sky above Surfers Paradise.