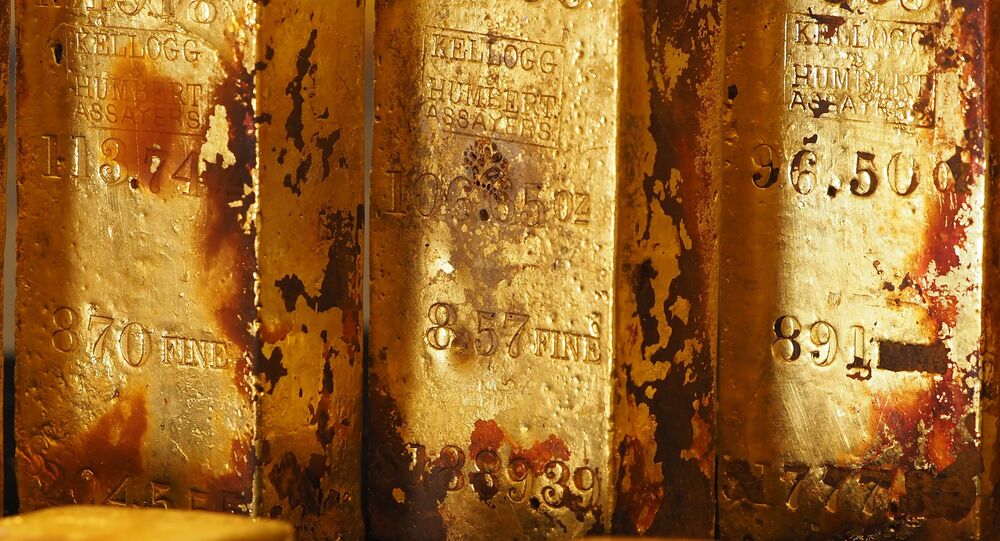 Construction workers' discovery of a large iron safe thought to date back to the 19th century gold rush in Dawson City, Canada has fueled speculation about what the once-impregnable strongbox may contain.

The safe, found buried eight meters underground in the town of 1,375 during works to install a new sewer system, could be opened as soon as August 18, during celebrations marking the anniversary of the 1896 discovery of gold off Klondike River, which prompted the arrival of some 30,000 gold-hungry prospectors to Canada's Yukon Territory over the next three years.

"Everyone wants to know what's inside, but we checked with YG [Yukon Government] heritage resources and the local museum and neither of those people seem to be interested in it," Dauphinee said of the find. "So I guess it falls to us and we're going to see what we're going to do to open it," he added.

While the external door to the safe had fallen off, the interior remains in place, with cracks in the door showing what appear to be mystery boxes inside.

© CC0
Gold Rush in Scotland: Diver Finds Britain's Largest Precious Metal Nugget
Yukon archeologist Ty Heffner called the safe "just a big blank spot at this point in time," noting that "because there's not a lot of information about it, it captures the public's imagination and curiosity of people who are wondering about this safe." Heffner noted that he would certainly be interested in any papers which may be found inside, and plans to be there when the safe is actually opened.

The mystery of the old safe prompted Facebook users to ponder what they thought what was inside the safe. Answers involving "gold nuggets," "cash" and "jewelry" were naturally popular. Other answers ranged from bottle caps and ammunition to hats, receipts, land titles, wills and gold tooth picks.

A few jokers mixed things up, with one writing that he was "hoping for a smaller safe," and another quipping "The Holly Grail." One user even wrote "extra toes!!" referring to a cocktail served at Dawson City's Downtown Hotel featuring a real mummified human toe.

One erudite user wrote that "some unpublished poems by Robert Service would be better than gold," referring to the venerated British-Canadian poet and writer often called the 'Bard of the Yukon,' who lived in Dawson City between 1909 and 1912.

At the height of the Gold Rush, Dawson City was inhabited by upward of 30,000 people. Isolated from civilization, unsanitary, and consisting mostly of simple wooden structures, the city faced numerous fires, gang violence, and epidemics, with the majority of those who came in search of riches leaving empty-handed or losing their fortunes in gambling. By the early 1900s, individual prospecting declined as people moved on to other sites and the big mining companies moved in.Today, the town remains a major Yukon tourist attraction.