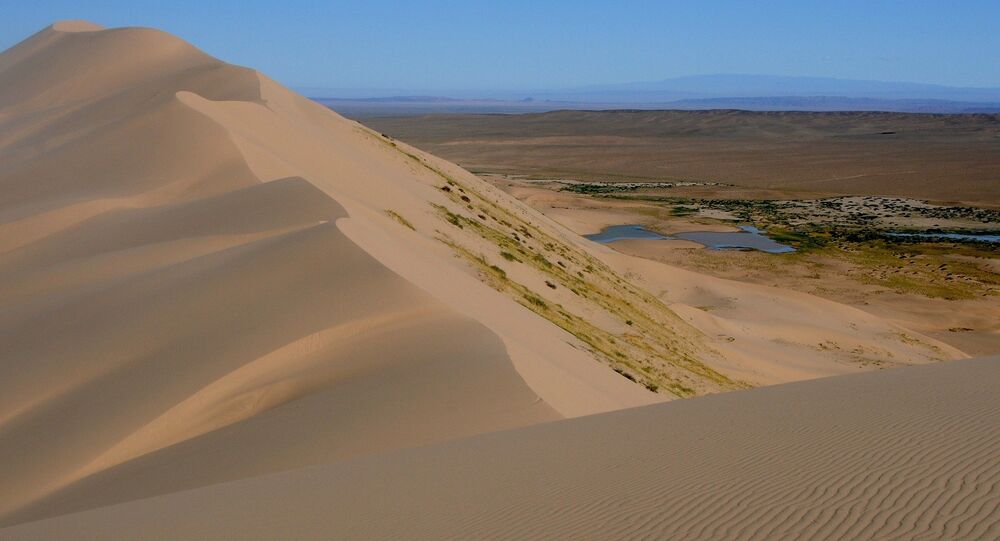 Speculation on the internet erupted after a video suggesting that the online map service Google Earth has revealed a hidden military base in the Gobi Desert in northern China emerged on YouTube.

Conspiracy theorists Blake and Brett Cousins have published on their YouTube channel a video showing a strange finding on Google Maps. The object, which is located in the Gobi Desert in northern China, reminded the conspirators at first glance of an abandoned industrial area. But if you look closely, a bizarre runway system can be seen.

Discussing this unusually shaped runway, Blake and Brett Cousins believe that what they found “for the first time, is some sort of secret space programme that is being headed in the Gobi Desert in an abandoned airport.”

© REUTERS / Ammar Awad
'Security Risk': Can Fitness Trackers Truly Expose Location of Top Secret Bases?
A user nicknamed Steve stated that the object “looks like a old military base.” User Robin Bird wrote that the planes on the field “kinda look like the ones that can move like a helicopter.” User nicknamed RazorSharp suggested that the object "Looks like a big u.f.o." "I dont mean alien I just mean u.f.o and the planes are resting on top of it. lol But it sure does look freaky," RazorSharp wrote.

Some of them, however, were not so enthusiastic. User joshreynolds723 wrote: “Stop with the hype, it’s a test rang for reconnaissance aircraft, their cameras and targeting equipment. Every country that puts satellites up, has ballistic missiles or a fleet of ISR aircraft has a range like this.”