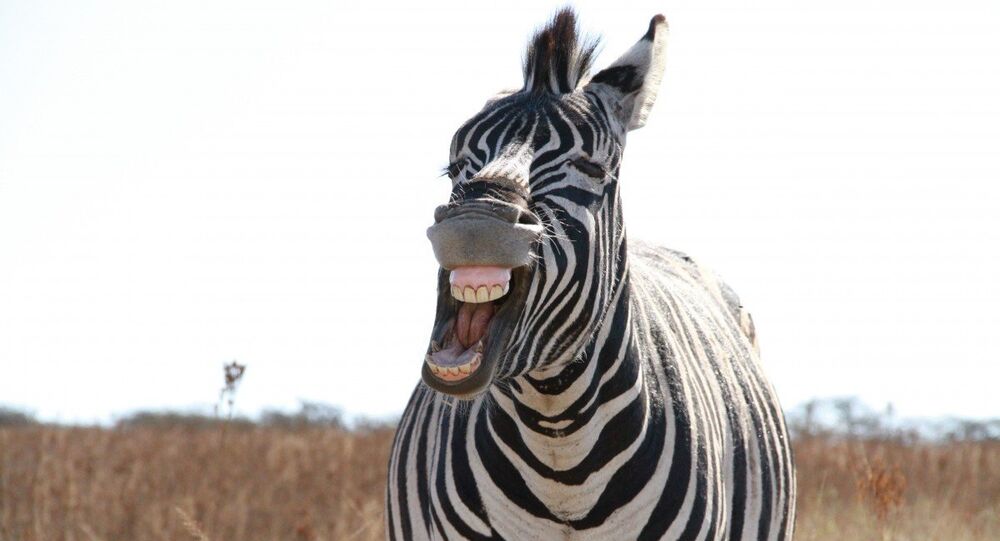 A concerned citizen in Egypt has apparently stumbled upon an attempt by a local zoo to disguise an animal as a more exotic species.

An Egyptian man named Mahmoud Sarhan claims that a zoo in Cairo attempts to fool visitors by putting a donkey disguised as a zebra on display.

As Sarhan explained, the animal he encountered while touring the International Garden municipal park on July 21 clearly looked like a painted donkey, with black paint melting on the creature’s head.

"The stupidity has reached in the country that they brought a local donkey and painted it to look like a zebra," Sarhan wrote on his Facebook page.

The director of the Gardens Project in Cairo, however, denied these claims, insisting that "the zebra is real and not painted," according to Egypt's Youm 7 news channel.

"No reputable animal care facility would subject a skittish animal like a donkey to the stress of being restrained and sprayed with chemicals like paint, which could cause a painful allergic reaction, and PETA hopes that Cairo authorities are fully investigating this matter," Winders said.