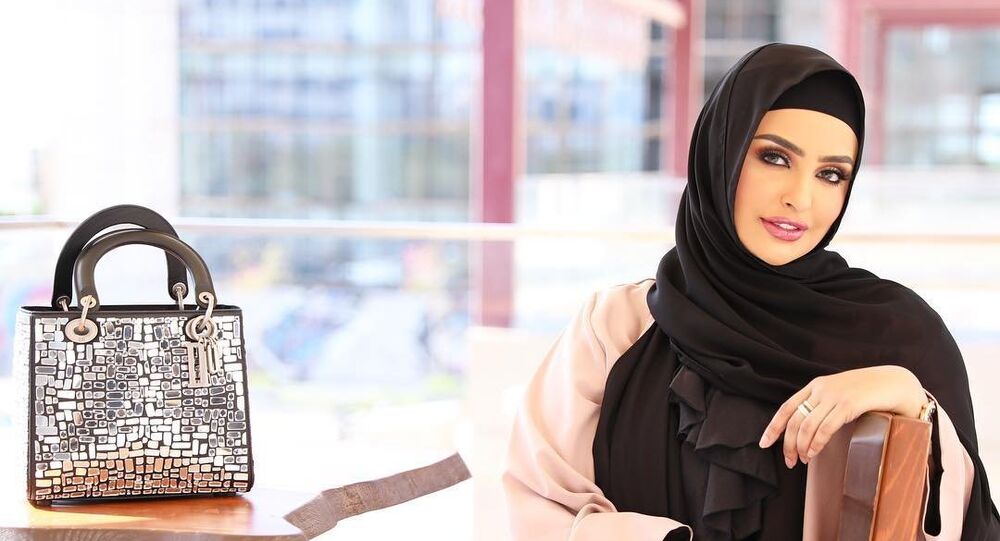 Over the weekend, popular Kuwaiti beauty blogger Sondos Alqattan drew the ire of social media users for complaining about the government’s “new pathetic laws” allowing Filipino household workers to take a day off every week and keep their passports with them.

Having faced an overwhelming backlash on social media platforms for “promoting modern day slavery,” Sondos Alqattan broke her silence to post a statement on her Instagram account. She wrote that it was essential “to make a responsive clarification” due to “the spreading rumors” – the post didn’t, however, contain an outright apology.

Don’t judge a person without full understanding of the situation. Just because you don’t agree, doesn’t mean that you’re right!

In a statement to AFP, the social media influencer claimed that the public outrage was “unjustified” and did not require an apology.

“All I said was that the employer was entitled to keep the servant’s passport, and that many Kuwaitis and Gulf nationals agree with me. I have the right as a kafil [sponsor] to keep my employee’s passport, and I am responsible for paying a deposit of up to 1,500 dinars (around $4,900),” she told AFP in a phone conversation.

The blogger, famous for her makeup tutorials, further suggested that such practices were not an “insult to the employee, and do not concern humanity or human rights because I did not deprive the employee of her salary or beat her.”

“The servant lives in the house just like the owners, he eats the same food, sleeps, rests and goes out shopping… this is a natural right. He’s not like a waiter who works fixed hours, so we give him a weekly leave,” Alqattan said.

Responding to the outcry, Max Factor Arabia stated to The National that it would stop its cooperation with the blogger.

“Max Factor Arabia was shocked by the comments made by the influencer Sondos Alqattan. Sondos’ comments are personal and do not represent either the values or the principles that Max Factor Arabia stands for. […] Max Factor Arabia is taking this incident very seriously and have immediately suspended all collaborations with Sondos,” the statement read.

The UK-based cosmetics brand, Chelsea Beautique, also tweeted that it would delete a video sponsored by the “influencer”:

Thank you for sharing your concerns, we’ve decided to remove the video sponsored by Sondos on our channels. We believe that decent working conditions should be provided to everyone and such behavior does not represent our brand’s core beliefs.

Similarly, Phyto, a manufacturer of plant-based hair care formulas, responded to the criticism from netizens by stating that it had instructed its partners in Kuwait to end their collaboration with Alqattan if she doesn’t withdraw her statement:

We discover at the same time as you the unacceptable remarks made by this influencer. Obviously, we categorically condemn these remarks because they go against the human values defended by our Group, its history and its founder.

This person speaks on her own behalf and we do not in any way want to endorse her remarks by allowing her name and image to be linked to our brands.Consequently, we asked our distributor in Kuwait to end his relationship with Ms Sondos Alqattan if she does not withdraw her remark

On July 10, Alqattan shared a video, which has since been removed, with her 2.3 million Instagram followers, bemoaning new Kuwaiti government reforms that allow migrant workers a day off per week, and the right not to surrender their passports.

“For [a maid] to take a day off every week, that’s four days a month. Those are the days that she’ll be out. And we don’t know what she’ll be doing on those days, with her passport on her. How can you have a servant at home who gets to keep their passport with them? If they ran away and went back to their country, who’ll refund me? I don’t want a Filipino maid anymore,” she said.

© Photo : gulseamine/instagram
Mesut Ozil's WAG Backs Footballer as He Quits German Team After Erdogan Row
In May, the Philippines and Kuwait inked a memorandum of agreement offering protection for Filipino domestic workers in the Gulf state. Under the legislation, Kuwaiti employers guarantee providing their employees with food, clothing, health insurance, labor contracts and allow them a day off every week, as well as the right not to surrender their passports.

Kuwait is among the Mideast countries that operate a kafala sponsorship system for unskilled migrants who work mainly in the domestic and construction sectors. The system became the reason for a diplomatic impasse between the Gulf State and the Philippines, as Philippine President Rodrigo Duterte imposed a ban on his country’s citizens from traveling to Kuwait for work in wake of reported murder cases involving Filipinos.