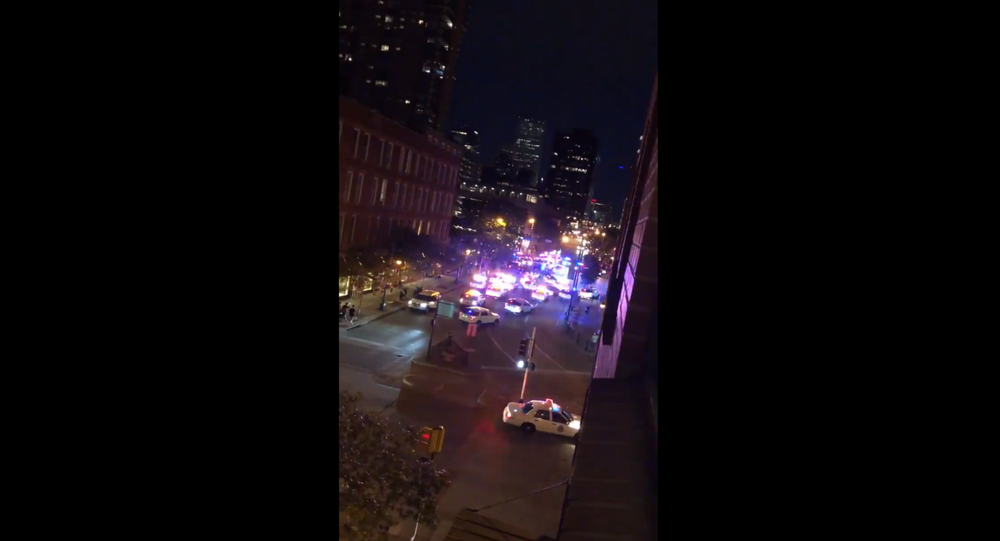 Officers from Colorado's Denver Police Department found themselves on a interesting chase late Friday after going on the hunt for a stolen John Deere tractor towing an attachment through the city.

Videos published on social media by shocked locals shows the tractor being chased through busy Denver streets by a slew of police cruisers who were offering a red and blue lightshow and a helicopter. According to reports, the tractor hit multiple vehicles and damaged a few buildings.

​Local news station KDVR reported that the chase began in central Denver and ended some 30 minutes later in Lower Downtown after a police officer rammed his cruiser into the tractor head-on. Following the crash, the officer apprehended the suspect after deploying their stun gun. A police K9 on the scene also bit the tractor driver when he tried to flee the scene.

The suspect was later placed in an ambulance and taken to a local hospital.

​"As soon as that collision happened, the officer that was in that driver's side was out that door, and was out with his Taser like instantly," eyewitness Marcos Willman told the station. "I feel like it was just adrenaline, just like up and we're getting this guy."

​​Two officers involved in the chase were hospitalized following the crash and are expected to make a full recovery as is the suspect. A Denver police statement released to Sputnik states the suspect has been identified as Thomas Busch. He is currently being held for the theft of a motor vehicle, first degree assault and vehicular eluding. According to police, Busch's booking photo is not presently releasable as investigators are speaking with witnesses and conducting photo lineups.

Denver Water, the owner of the tractor, released a statement on Saturday and have indicated that they are working with Denver police on the matter.

Denver Police Department to Pay $10,000 Fine for Not Hiring Non-Citizens