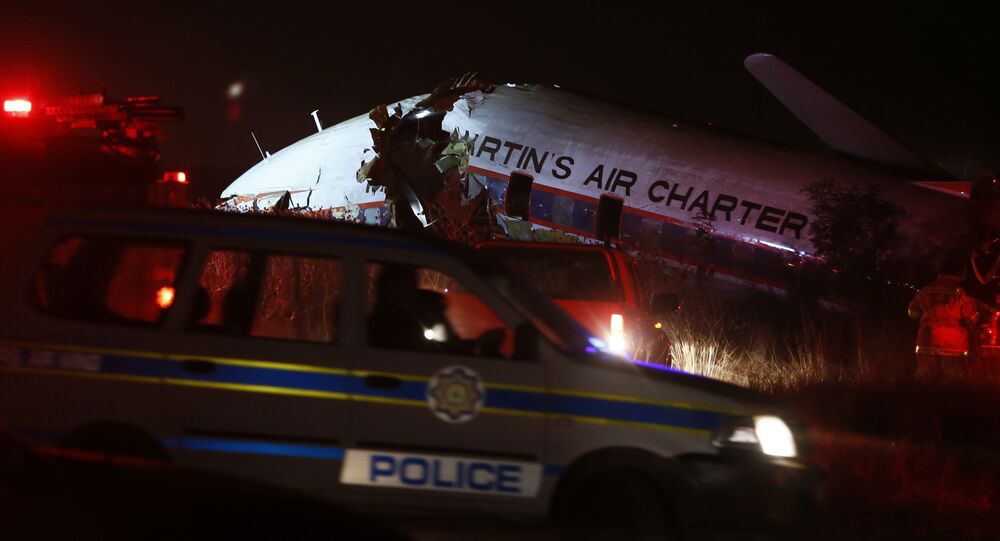 The plane, constructed over 60 years ago, crashed near the South African capital ahead of a long-haul flight to the Netherlands.

Terrifying footage has emerged in the media, showing the last seconds before a charter plane crashed in South Africa last week.

The accident was captured on a mobile phone by a passenger seated behind the left wing. "This is getting very bad," a man is heard saying as the left engine bursts into flames.

"They've got to cut the engine so we can reach the runway," he adds.

When the plane hits the ground, the video goes black for half a minute; after that, the smoke-filled cabin is seen with passengers moaning in pain in the background.

The video goes black again at the end, while some people are apparently heard moving through or clearing the debris.

On July 10, the Convair-340 charter plane crashed outside Pretoria, South Africa soon after takeoff from the airport, killing a flight engineer and a person on the ground while leaving two pilots critically injured. Built in 1954, the vintage aircraft was due to be put on display at an air museum in the Netherlands within the next few days.

'The Aircraft Was Old': Possible Causes Behind Havana Plane Crash