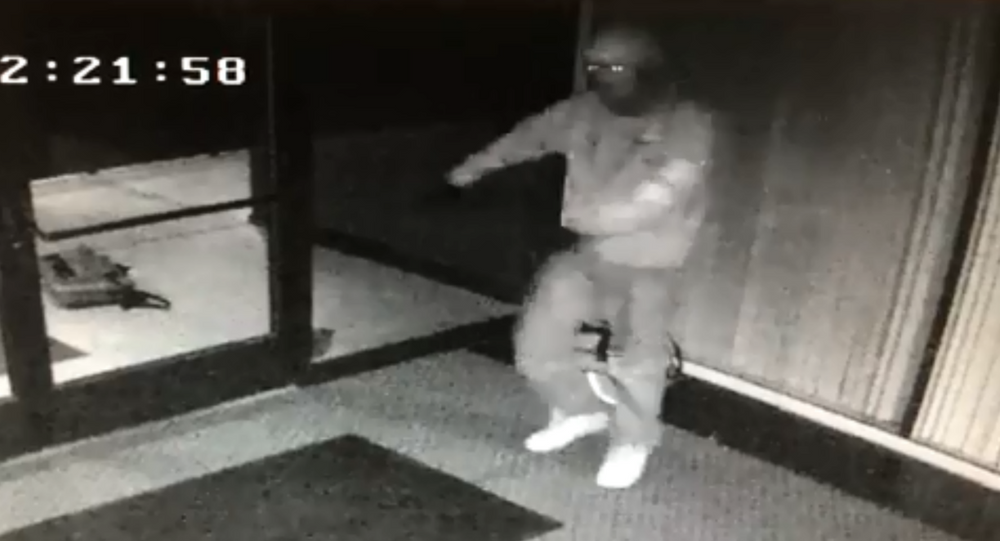 According to a statement from the department, officers had to watch three days' worth of recordings before finding footage of 43-year-old suspect David Seale. The video shows the robber entering the building with a set of copied keys before he busts out into a celebratory dance.

The incident took place on May 8.

Speaking to local TV station KSEE, Lieutenant Joe Gomez of the Fresno department remarked that after watching the footage he just thought that it was "really hysterical."

Officers are still unsure how Seale managed to get the set of keys that allowed him to go in and out of the building some 15 times between midnight and 10 a.m. local time that day. Seale was able to get his hands on a laptop and an undisclosed amount of cash, the station reported.

Though Seale had given officers at the station a false name, as they identified him, they discovered several warrants out for his arrest. He was ultimately booked for possession of the stolen property and providing false information.

Cat Burglar Catastrophe: Failed Robber Has the Grace of a Bull in a China Shop