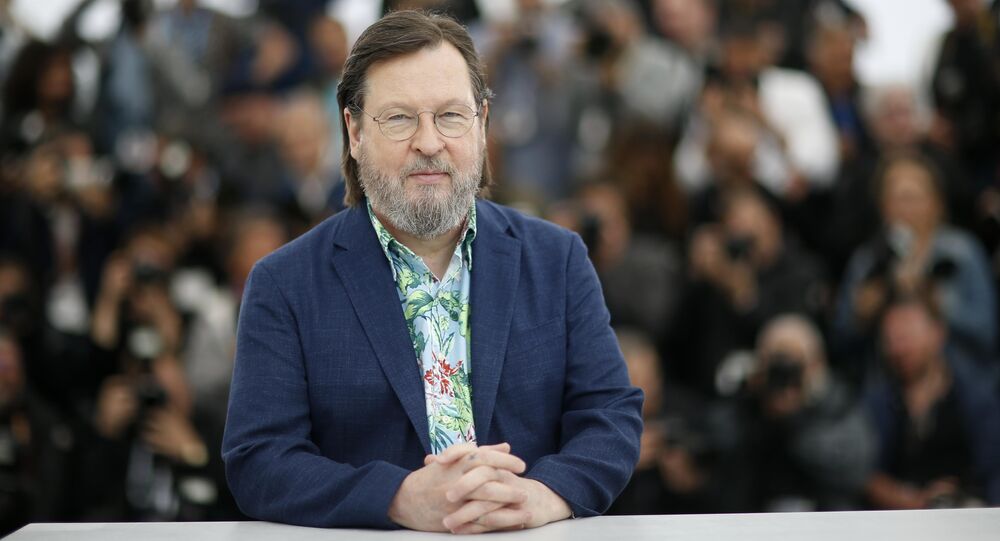 Danish filmmaker Lars Von Trier marked his return to the Cannes Film Festival after a six-year absence with a movie that prompted mass walkouts among a disturbed audience.

Over 100 people left early from the screening of "The House That Jack Built," a movie by Lars Von Trier about the exploits of a serial killer, at Cannes in apparent disgust over the feature’s content.

One of the people who left the screening described the movie as “vomitive,” “torturous” and “pathetic,” while Hollywood Reporter called it "a direct FU to the current climate of reckoning over gender bias and sexual misconduct."

​The critics’ sentiments were echoed by many social network users who also appeared disgusted by Von Trier’s work, or criticized the director himself for his alleged sexual misconduct.

Are any of us really surprised that Lara Von Trier made a “vomitive” film? 🤔 #TheHouseThatJackBuilt

It sounds like #TheHouseThatJackBuilt is absolute crap but it could be God’s gift to cinema and I still wouldn’t see it. Lars von Trier’s behavior is not acceptable. Did everybody forget these? pic.twitter.com/CBQorG5O8b

​Some people, however, reacted more calmly, discussing the merits and flaws of Von Trier’s works, commenting on his trademark provocative style.

Lars von Trier obviously in the news…very frustrating director to me. Goes out of his way to provoke in a grisly gross-out manner, but capable of the beautiful masterpiece Melancholia which provoked with discomforts on a far more personal level

Lars Von Trier kind of exemplifies the problem I have with provocateurs. Trier leaves little room for discussion when contemplating the irrationality of human adversity. All Trier has to say about it is the suffering, not how to come to terms with it. That doesn't help anyone.

Lars Von Trier's cinematic output is as polarising as Marmite flavored chocolate. People will still give it a go even though they should know full well what they are letting themselves in for at this stage.