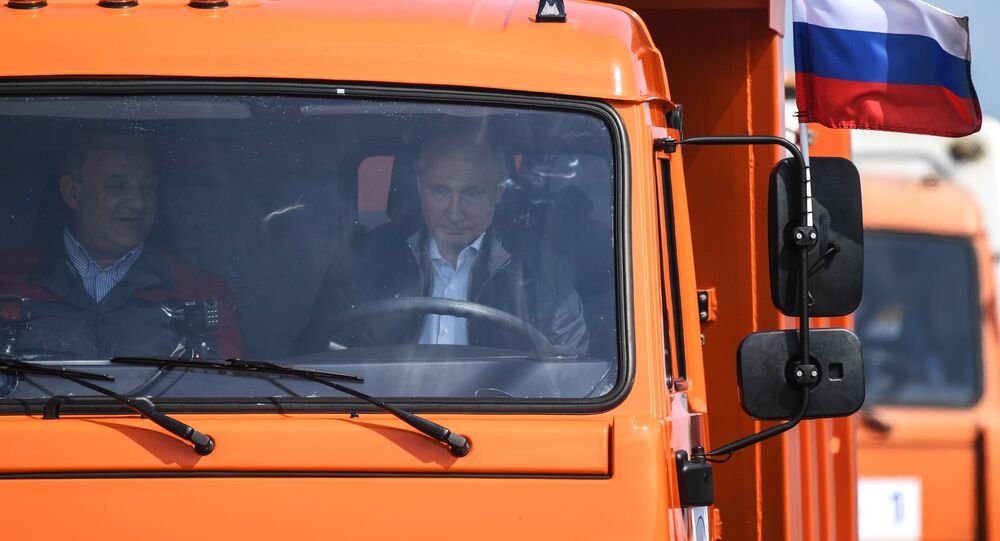 Russian President Vladimir Putin almost literally took the reins of a symbolic ceremony held during the opening of a massive bridge between Crimea and mainland Russia.

During the opening ceremony of the recently constructed Crimean Bridge, also known as the Kerch Straight Bridge, Vladimir Putin personally drove a KAMAZ truck across the structure.

The president’s vehicle led an entire column of heavy trucks and construction machinery operated by the bridge’s builders – a symbolic gesture marking the successful conclusion of this massive undertaking.

The 19-kilometer-long Crimean Bridge, the longest bridge in Europe, is a massive infrastructure project aimed at facilitating communication and trade between the peninsula and mainland Russia.

With its foundations laid back in 2016, the bridge was finished six months ahead of schedule and is now expected to provide road and railway access to the Crimean Peninsula bypassing Ukrainian territory.