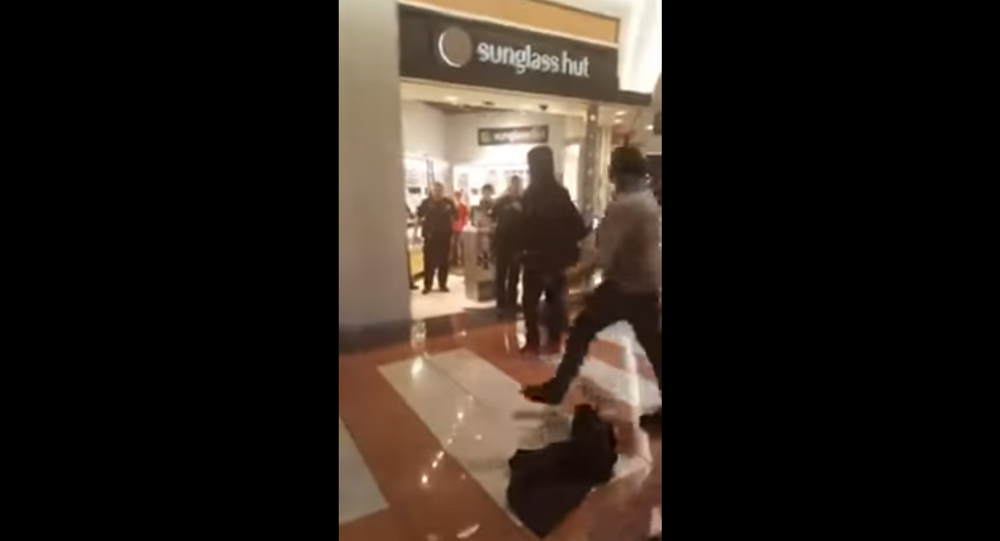 On Saturday, North Carolina's Hanes Mall was shut down by officials after a "large fight" between 80 to 100 teens broke out near the food court and had to be broken up by mall security and local police.

According to the Winston-Salem Police Department, the fight, which took place at roughly 6:30 p.m., broke out after mall security officials were trying to escort teenagers out of the building because of the mall's 6 p.m. curfew. The 2010 curfew policy requires visitors under the age of 18 to be accompanied by a parent or guardian on Friday and Saturday after 6 p.m.

​With teens refusing to leave the building, police officers with the Winston-Salem department were called in to help with the situation. The scene quickly escalated once officers entered the mall and attempted to arrest 16-year-old Rakey James Baldwin for refusing to leave. While officers tried to handcuff Baldwin, a gaggle of teens tried to pull Baldwin away from them.

Police were ultimately able to apprehend Baldwin after deploying pepper spray against the teens and dragging Baldwin into a nearby Sunglass Hut store.

After Baldwin was in their custody, officials also arrested 16-year-old Jaheim Lamar Martin and one other teen for disorderly conduct. Police have not yet released the name of the third arrestee.

​"There was a mix of 80 to 100 juveniles and teens," Lt. DL Rose told local news station Fox 8. "Some of them started interfering with the arrest, then some of them followed the officers outside and continued to interfere and there were two subsequent arrests."

After spending two hours trying to settle the situation at the mall, police announced via social media that the mall would be shut down and would not be reopened until Sunday at 12 p.m.

​"There were people screaming. It was just a huge chaotic mess with people trying to find their loved ones," Jessica Branch, a teen who had been at the mall, told the Winston-Salem Journal. "People were screaming at police officers, we were right there. I literally could not believe what was going on."

Despite claims of gunshots being heard at the mall, police announced that there were no firearms found at the premises.

Mall officials have since announced that a heightened police presence was likely in the upcoming weekend.

"We evaluate our security protocol on an ongoing basis and make adjustments as necessary," Stacey Keating, director of public relations and corporate communications for CBL Properties, told the journal. "We do expect to have additional security and police coverage next weekend."

According to Rose, more arrests could be in the works as officials continue to investigate the massive brawl.