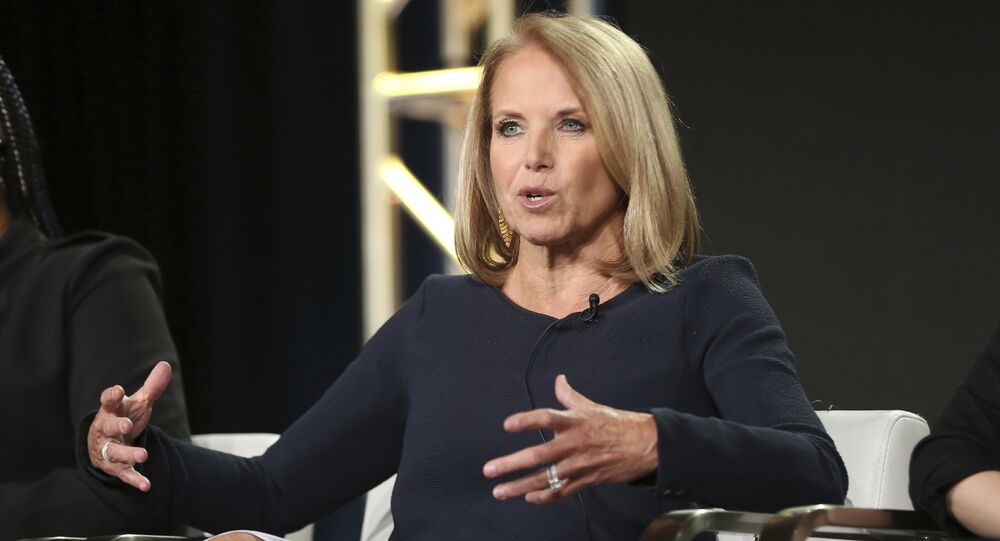 NBC Olympics commentator Katie Couric was slammed for suggesting that speed-skaters from the Netherlands racked up medals because speed-skating was an “important mode of transportation” in the country.

During the opening ceremony of the Pyeongchang Winter Olympics, the TV anchor made a comment as the Dutch team entered the stadium, saying to her audience of millions watching the games:

"Why are they so good, you may be asking yourselves? Because skating is an important mode of transportation in a city like Amsterdam.  It has lots of canals that can freeze in winter. So for as long as the canals have existed the Dutch have skated on them to get from place to place to race each other and to have fun", the veteran broadcaster added innocently.”

On February 13, after massive backlash and mockery, Couric apologized for her comment, saying that she was “on thin ice,” and expressed eagerness to visit the Netherlands after the Dutch embassy invited her to see “all the innovative ways the Dutch get around.”

Congrats #Netherlands on your 🥇count so far! My apologies for being on thin ice for my comments re: skating on canals. I was trying to salute your historical passion for the sport but it didn’t come out that way! I’d ❤️ to visit again & celebrate your success! 🇳🇱 https://t.co/NvYi7LwB2V

Hi @katiecouric, please come visit the Netherlands. We'd love to show you all the innovative ways the Dutch get around 🚴🚘⚡🚊🚄🛥️, & are building the future of transportation. Of course, we can also visit our famous skating rinks. Let’s break the ice! https://t.co/6COFp0jlxh

Big deal over nothing, don't worry miss Couric! Did you know we did fight the Spanish on ice skates a few hundred years ago?

Loved it! Come to Amsterdam, we’ll smoke pot together, chew some muchies and we may actually ‘see’ people iceskating on the canals ;-) 😱 Disclaimer: I’m joking.

Exactly! This is also why the British team does so well at cycling in the Olympics; it's a little known fact that we all travel everywhere by Penny Farthing. pic.twitter.com/pvEFhg6iC1

I wanted to go to work…. damn you global warming! pic.twitter.com/bJwDHDiANr

…some were offended by what she had said, denouncing NBC as "fake news":

And in the summer everyone trades in their Clog ice skates for these. I’m sorry Katie is an idiot. I’m embarrassed she’s representing America. Hele goed grap! pic.twitter.com/Cc12J2Ipnh

That's the problem with #FakeNewsNBC, I actually believed your dumba** and said to myself, "makes sense, Netherlanders are good at skating because they commute to work every day on skates."

Couric had me believing that this was what the rush-hour looks like in the Netherlands: pic.twitter.com/Zs9D0LRtAQ

Katie, this is how they get around in Australia 🇦🇺 #FakeNews @NBCSports Sucks! pic.twitter.com/WRGWd6Jijs

Katie thanks for the apologies and we laughed our asses off over here in Holland about your comment! Btw love the podcast, great talk with @Lavernecox this week.

Apology accepted! We had a lot of fun after your comment on our awesome tradition of ice skating — mocking our selve and other is one of these things we love to do. So, thank you for making our monday news a lot more fun then usual 😋

No problem, you made our day!🤣

There were also those who did not understand the buzz around Couric’s statement:

They've skated on their canals for centuries. I don't understand the controversy. pic.twitter.com/5B6nhP28GV

Either way, many Dutch users accepted her apology:

Thank you and apologies accepted! You put a smile on our face, there is nothing wrong with that. Have a nice day! ☺️

Apologies accepted @katiecouric you're more than welcome to visit the Netherlands pic.twitter.com/rCbYvURXPC

no worries Katie, we had so much fun in the Nederlands and got very creative. if we can skate on the canals we call u first😉 lovely tweet Btw😀