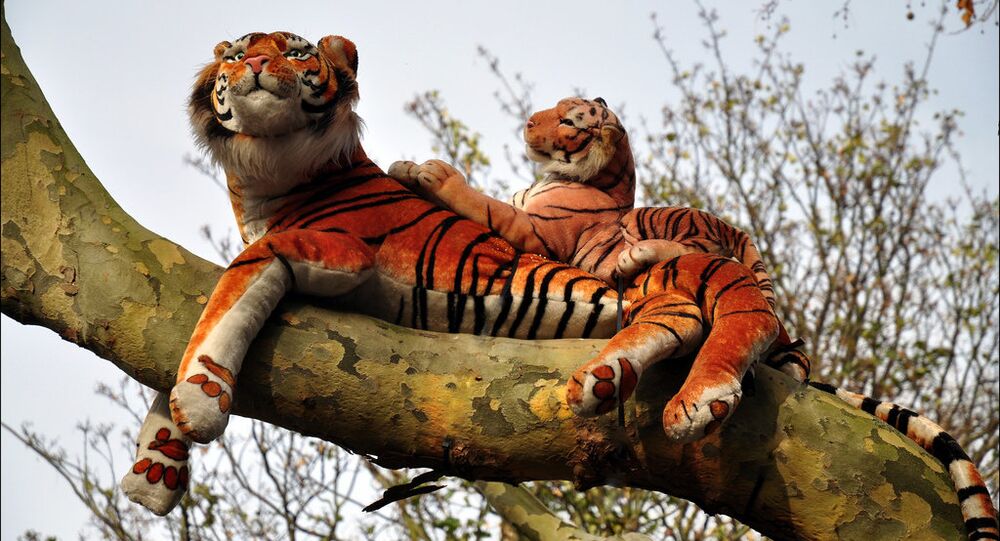 Law enforcement was called in when a local farmer spotted what he believed was a tiger. Fortunately, it turned out to be just a stuffed toy.

A UK police Facebook group called “UK Cop Humor” has recently published a story coming from Aberdeenshire in northeastern Scotland which drew everyone’s attention. On Saturday night, a local farmer called the police, claiming he saw a tiger lying inside one of his cowsheds. Police contacted a local wildlife park and sent out several officers with an armed backup team in case the threat was real.

To both their relief and surprise, the ferocious feline turned out to be an ordinary stuffed toy, which at a distance looked like it was alive.

"Unusual as the call may have seemed, any call reporting a potential danger to the public has to be taken seriously and efforts were made to verify the sighting as soon as possible,” one of the policemen told a BBC reporter.

READ MORE: Adults: Do You Cuddle With Your Teddy Bear? Study Finds You’re Not Alone

Despite being a false alarm, the farmer was not punished as it was done “with genuine good intent."

Why Launch of Ukraine's NATO Membership Dialogue is Another 'False Alarm'