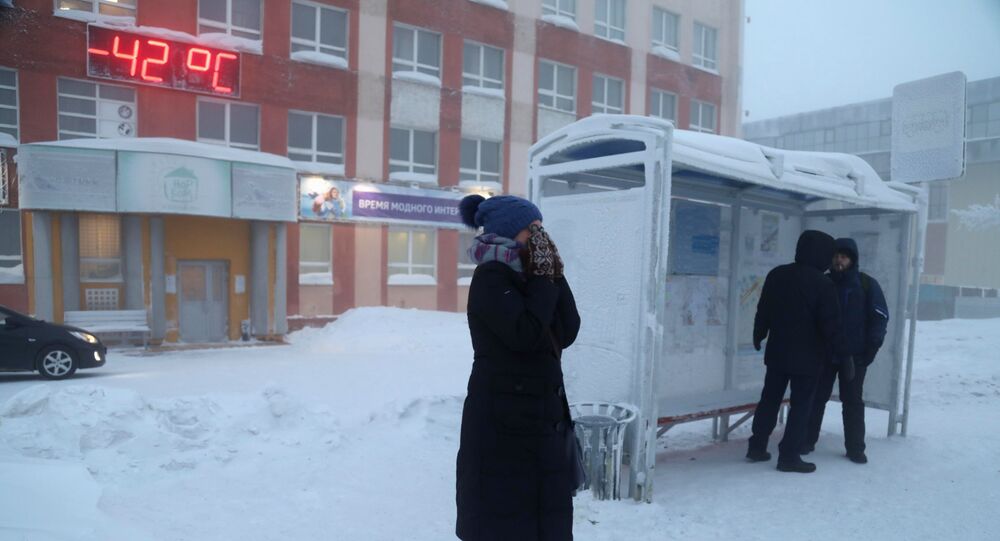 A cold spell fell upon Siberia last week, with the rapid drop in temperature prompting many of the region’s residents to wonder how bad things are going to get and whether a vacation someplace warm might be in order.

Last week, it began to dawn on the residents of Siberia that their current freeze was actually making their homeland colder than Antarctica, with temperatures in cities like Krasnoyarsk and Novosibirsk dropping below the minus 40 degrees Celsius mark.

Surprised and even amused by this development, some of them started sharing the news on social media, tweeting snapshots of weather app readings and wondering whether a vacation in ‘warm’ Antarctica would be a good idea.

"Why go to Thailand when you could go vacationing in Antarctica," joked one.

​"Wish I could go to Antarctica to warm up a bit," quipped another.

​A heated discussion broke out at the Pikabu website after one of its users posted a pic showing that the current temperature in Krasnoyarsk (minus 42 degrees Celsius) is a whopping 9 degrees lower than in Antarctica.

"The polar night at Taimyr is over and now the polar clusterf*ck begins," replied one person, with an attached image showing the temperature in Dudinka reaching minus 45 degrees Celsius.

Several residents of Oymyakon also posted pictures showing the temperature in their parts dropping below minus 50 degrees Celsius.

© AP Photo / sakhalife.ru
In this photo taken on Sunday, Jan. 14, 2018, thermometer shows as the temperature dropped to -65 degrees Centigrade (-85 degrees Fahrenheit) in Tomtor village in the east of Yakutia, the center of the 2nd Borogonsky heritage of the Oymyakonsky ulus. Tomtor is known as the "Pole of Cold", although this title is disputed by two more settlements Oimyakon and Verkhoyansk

At least one person, however, pointed out that it’s currently ‘summer’ in Antarctica, and that in a few months Earth’s southernmost continent will become much colder than today.

The southern Pole of Cold is located at the Russian Antarctic station Vostok, boasting a record of minus 89.2 degrees Celsius (recorded on July 21, 1983).

The city of Verkhoyansk and the village of Oymyakon, both located in the Sakha Republic of Russia, currently vie for the title of the northern Pole of Cold, with temperatures recorded in these areas dropping below minus 67 degrees Celsius.

Is Extreme Weather a Number One Threat for the World?