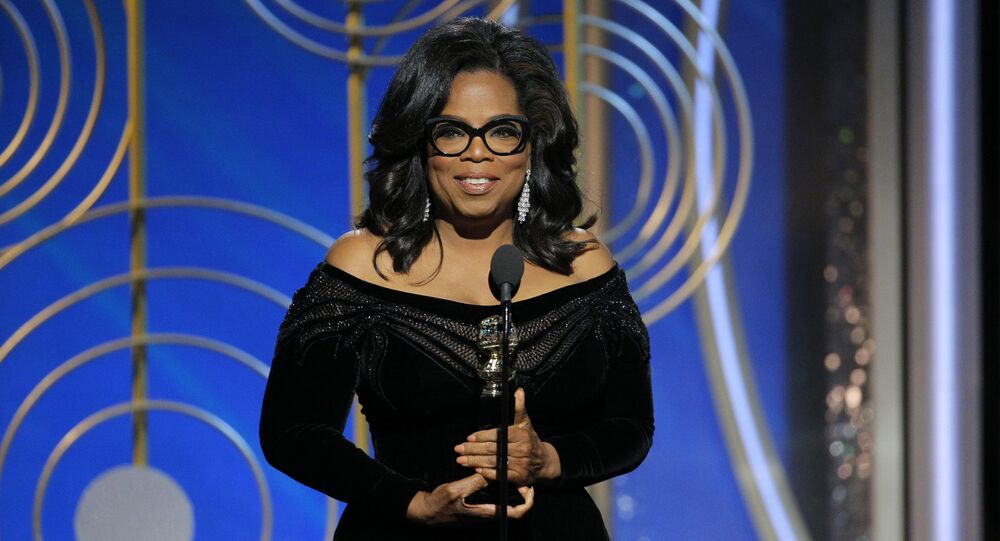 On Sunday night, the Twitterverse stormed with speculation as to whether or not Oprah Winfrey would run for president in 2020, after the acclaimed former show host gave an impassioned speech at the 75th Golden Globes. One day later, the talk isn't dying down.

Accepting the Cecil B. DeMille Award at the Globes, Winfrey was highlighting the strength of the #MeToo movement in her speech when she caught the attention of spectators with her message that "a new day is on the horizon." Many took the statement as a sign of her intention to enter the political realm.

Though there's been no confirmation from the queen of talk or her representatives, close friends of the 63-year-old CEO have started to come out of the woodwork to shed some light on the "You get a car" host's thinking.

First among them is Stedman Graham, Winfrey's longtime beau.

"It's up to the people," he told the LA Times. "She would absolutely do it."

Two other friends close to Winfrey chimed in. Speaking under the condition of anonymity, the besties told CNN that the Mississippian is "actively thinking" about tossing her name into the 2020 presidential race.

Netizens also got in on the conversation.

​However, not everyone was thrilled with the notion. Some even started sharing pictures of Winfrey snuggling up with Harvey Weinstein, the movie producer who allegedly sexually assaulted dozens of actresses, to shut down the presidential talk.

​Winfrey has previously denied any intention of campaigning for the oval office. In October 2017, she even went as far as saying "there will be no running for office of any kind for me" in an interview with Gayle King, one of Winfrey's closest friends for decades.

Though nothing has been confirmed, judging from the ovation she got, the majority of Hollywood would seem in favor of Winfrey's election bid. Some have even suggested she pick beloved actor Tom Hanks for her running mate.