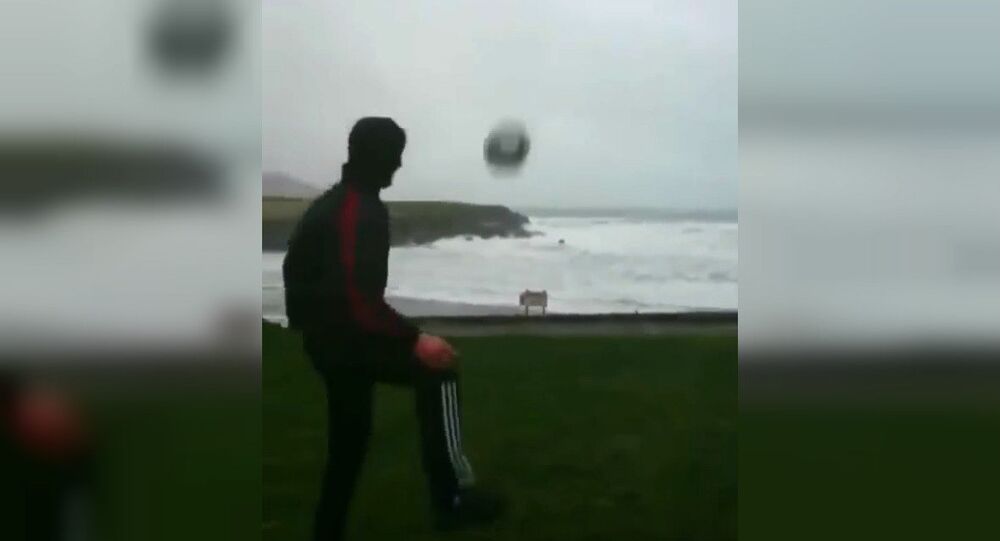 If you ever wondered why holding a football game during a storm may not be such a good idea, you should probably watch this video and check out how the wind can wreck your game.

A video recorded by his brother shows how O’Connor kicks a ball straight into the storm and how the weather sends it flying right back at him like a boomerang.

And it seems that strong winds have somewhat of a habit of interfering with football matches.

For example, in 2015 a Thurrock player ended up scoring an own-goal during a match against Romford when he kicked a high-ball and it ended up being flung into his team’s net by a gale from Storm Barney.

And in 2012 Maccabi Haifa goalkeeper ended up performing an own-goal with a not-so-little help from the weather when trying to bring the ball into play.