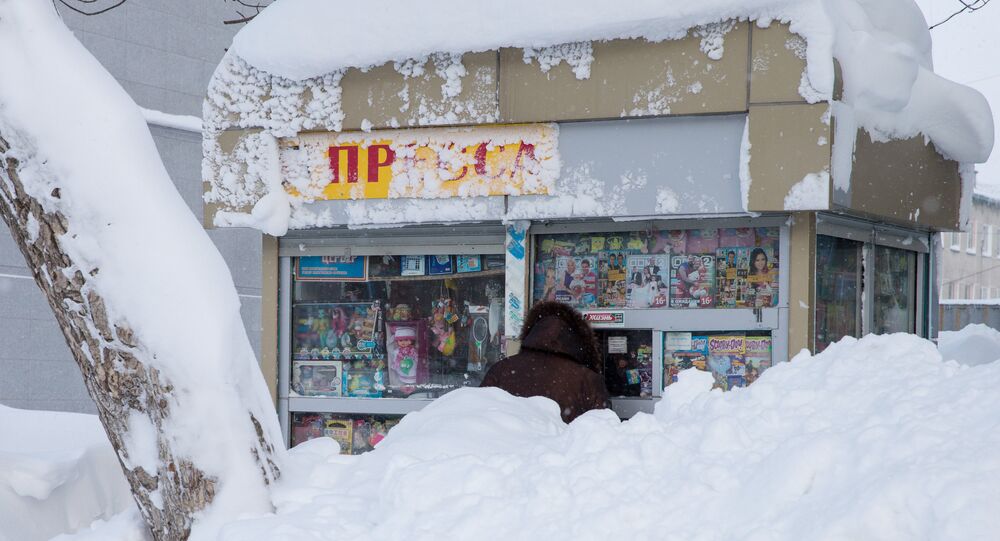 The Most Outrageous Real News Headlines in Russia in 2017

Russian journalists are not without a sense of humor, as evidenced by the following headlines. Created by journalists at every level, from national television channels to local newspapers, probably deserve some sort of medal for their comedic creativity.

#13. The headline "Giraffe's Milk is Healthier Than That of Cows, But No One Knows How to Milk Them" appeared on Russia's national Vesti.ru portal as a clever response to the brief craze in global media about giraffe milk being the next new superfood.

#12. "St. Petersburg Man Plunges to His Death After Falling Off Couch" was a somewhat dark way to describe the tragic case of a 46-year-old man who died of injuries sustained after he fell off his friend's couch; the story was published by popular St. Petersburg news portal Fontanka.

#11. "Kuzbass Man Fails to Steal Tractor, Drives Around Inside Garage" appeared in Kemerovo Newspaper, detailing police officers' detention of an intoxicated local man who tried to hijack a K-700 tractor in a village in Siberia. Unable to find a way out, the man drove it around inside the garage until he was apprehended.

#10. "Khabarovsk Pensioners Get Intimate Piercings Despite Protests at the UN" appeared in a local news portal in the Russian Far East, shedding light in a humorous way on piercing salons where adults can come in to get a piercing, despite this year's UN campaign to end female genital mutilation, a serious problem in many developing countries in Africa and the Middle East.

#9. "There's a Pillar in the Middle of the Pavement in the Town of Yeysk" is a headline from a Krasnodar region newspaper to warn residents of an odd, completely useless pillar erected right in the middle of a sidewalk near a local supermarket. Pretty self-explanatory. Photos here.

#8. "Lobna Residents Accidentally Make Pentagram Trail in Center of Town" is a story that appeared on a Moscow Region news portal after a local resident posted a photo of a star-shaped pattern made by pedestrians in a snow-covered yard.

#7. "Expert on Project to Export Lake Baikal Water to China: 'Baikal is Huge: If All the People in the World Were Drowned in It, Water Levels Would Only Rise Three Centimeters'" was another rather morbid joke of a headline, published by local portal Baikal-Media, probably in a bid to attract the attention of people writing about funny news headlines.

#6. "New Depeche Mode Album Doesn't Have Any Songs About Smolensk" was one local Smolensk journalist's way of bringing attention to the synth-pop band's new album, which came out in March. "We would also like to note that none of Depeche Mode's earlier albums mentioned Smolensk either," the western Russian city's clever author added.

#5. "Simferopol Firefighters Let Priests Hold Their Hoses" is a somewhat naughty title that appeared in Crimean media about a group of Orthodox priests who got the chance to try out their skills as amateur firefighters.

#4. "Turnstile in Orel Trolley Bus Necessary to Establish 'Hegelian Truth'" was a funny headline with a philosophical twist that resulted following a local journalist's interview with the head of the city's public transit network, who told the paper that the turnstile's testing "will be complete when we find out the truth, like in Hegel."

#3."Research Institute of Sheep and Goat Production Creates Alternative to Windows OS" documents how a Stavropol-based animal husbandry institute developed its own operating system, called Ivan OS, which has been installed on all the institute's computers.

#2. "Kemerovo Man Terrorizes Neighbors With Recording of His Cough" was a story that made it all the way to the evening news in Siberia's Kuzbass region about a rude man who apparently uses a tape recording of a loud cough to annoy his neighbors day and night.

#1. "Winnie-the-Pooh Robs Tourist Near Cathedral of Christ the Savior" appeared in a Moscow newspaper, publishing the account of a visitor to the Russian capital who was swindled by man in a Winnie-the-Pooh outfit who promised to make change for a 5,000 ruble note (about $85 US) but then ran away and never came back.

Wedding Crasher: Guest Does Painful Faceplant, Lives to Tell About It (VIDEO)