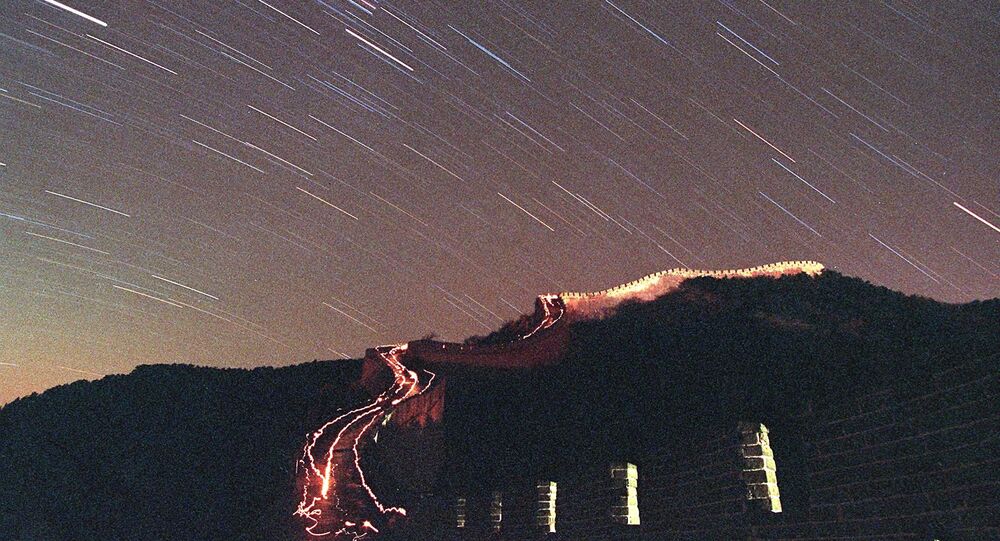 What Sochi residents en masse referred to as "meteor" blast has appeared to be a stellar show set up for local stargazers by the Geminid meteor shower.

The sparkling bolide that lit up the sky over Russia’s Sochi and its outskirts on Friday was the size of a soccer ball and it shortly burned down 20 kilometers above Earth, Alexander Ivanov, head of the Kuban University laboratory of astrophysics, told RIA Novosti in an interview.

Internet users speculated over violent clapping sounds supposedly accompanying the fireball. Some cited a hissing sound as an unidentified object flew past the location; others remarked they saw merely a flash of light. Russia’s Ministry of Emergency Situations declined the possibility of a meteor crash in the area since there was no tangible evidence.

On December 4-17 the Geminid meteor shower was expected to approach Earth, peaking on December 13-15, Ivanov was cited as saying.

"There were some flashes of light in the night sky, as a standard bolide, the size of a soccer ball, entered the atmosphere. Part of it was caught on our cameras. Armavir and Sochi also detailed their observations. This brings us to the conclusion that the object had burnt down about 20 kilometers above Earth."

He went on to say the phenomenon is no rare occasion during August and December meteor showers, as "two to three brightest bolides light up the atmosphere, bringing in up to 300 tons of powder-shaped meteor substance to Earth, which eventually burns down and subsides."

One of the most spoken recent meteor crashes on Earth happened to be near Russian Chelyabinsk in February 2013. Back then the local residents witnessed a massive explosion and a blast wave, which covered a sprawling area around the Ural city. Fragments of the celestial body were shortly unearthed and sent in for testing.