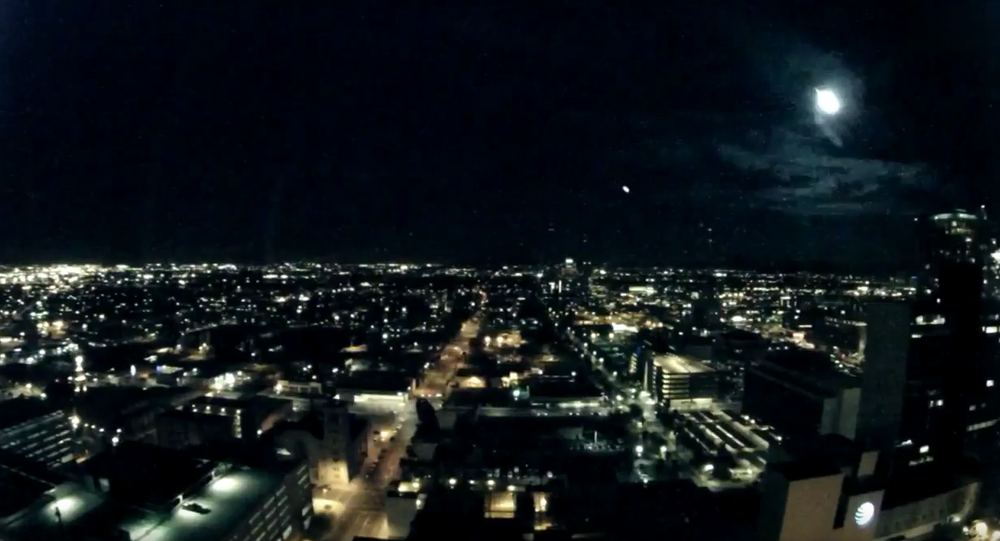 NASA has confirmed more than 60 reports of a mysterious fireball dashing through the night skies over Tampa Bay in Florida.

The National Aeronautics and Space Agency has confirmed dozens of eyewitness accounts of a fireball striking across the Florida sky on Tuesday evening, according to a report by Daily Mail.

The amateur videos show the blazing, flying object appearing out of nowhere in the night sky, flying at high speed for a while and then exploding spectacularly behind heavy clouds.

NASA were not the only ones who got flooded with the evidence: The American Meteor Society, a non-profit scientific organization that tracks celestial sightings, also stated it received at least 55 reports of a fireball that night.

While the view is undoubtedly spectacular for the eyewitnesses, a fireball as a phenomenon is actually not that rare. Basically, it's just a small meteor that flies through the atmosphere at high speed. Air pressure in front of the celestial body creates intense heat which usually causes such objects to burn up in the Earth's atmosphere.

In fact, one can see a lot of meteors very high in the sky when stargazing away from urban areas. You've probably wished upon one once or twice: we typically call them "shooting stars."

For people in Florida, though, one could expect some extra oomph for their wishes to be fulfilled.