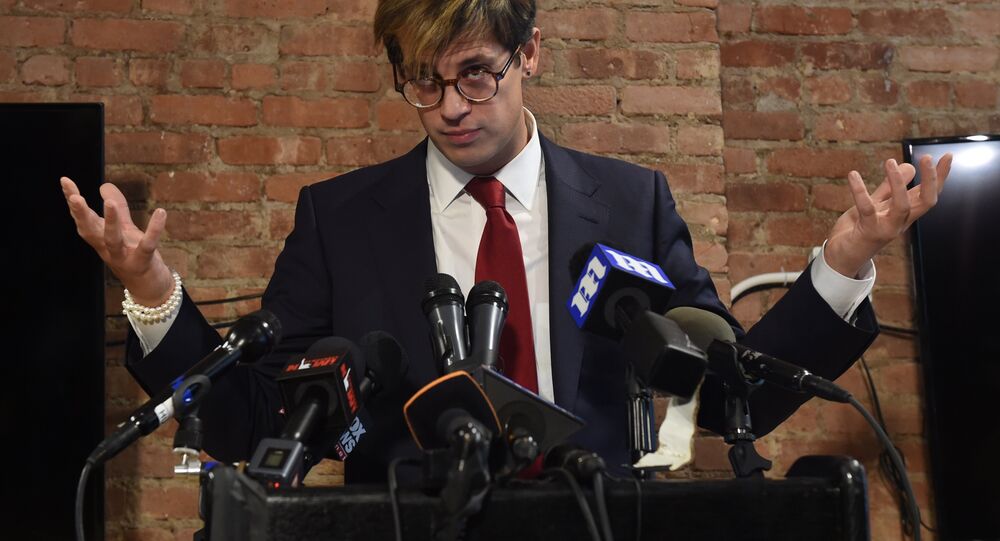 A one-way ticket to home – here is a solution to a problem of Islamic extremism in the West by Milo Yiannopoulos, British media person with right-wing conservative views, which he has proposed to a Muslim host.

On November 28, a hilarious video popped up on YouTube. In it, Islamic activist Emma Eros is desperately trying to ask British political commentator Milo Yiannopoulos questions about the matter of Muslims living in the western countries and the recent tensions in the societies caused by it. Most of the time he masterfully evades them, trying to get her off the balance.

However, Emma managed to provoke a response to a quite a biggie: “What is your solution [to the ‘Muslim problem’]?”

“Expel Islam from the West,” Milo replied with a pokerface. “Anyone who describes himself as a Muslim – send them back to the Middle East.”

Her counter question, if she, as a Muslim, should return to the Middle East, was met with an adamant response that she “should.”

In the course of the further discussion, as Milo was taking on the host, it turned out that Emma has little idea of what being a Muslim is.

Very entertaining! Milo takes on Emma Eros who fumbles, stumbles & ties herself up in knots. The ppor woman claims to be a Muslim but can't even say what the 5 pillars are.https://t.co/Wl1DyUz95N

Milo Yiannopoulos says Muslims should all be deported from Australia https://t.co/hSlXRhM4lO

#emmaeros is an idiot! She doesn’t even know what she’s talking about! https://t.co/2saXYikxqD

@EmmaEros Milo destroyed you. Omg just stop talking of Islam. You are a complete idiot.

Though I do not agree with this man on his views on Islam but he ripped apart Emma Eros, the so-called Muslim… https://t.co/ztqg3GU7AW

My reaction when Emma Eros doesn’t even know the Five Pillars of Islam 😂😂😂 pic.twitter.com/s3UBG3mC0t

© CC BY-SA 2.0 / Gage Skidmore / Zoella
Twitter Storm Ongoing for YouTube Fashion Star Zoella, Despite Apology
Milo Yiannopoulos is a political commentator and media personality, well-known for his alt-right views. He is also a former senior editor for Breitbart News, a position that he was forced to leave after a scandal revolving around his possible support for child abuse. Yiannopoulos is famous for his vivid criticism of such popular public trends as feminism, social justice and political correctness.
...
Reddit
Google+
Blogger
Pinterest
StumbleUpon
Telegram
WhatsApp
80