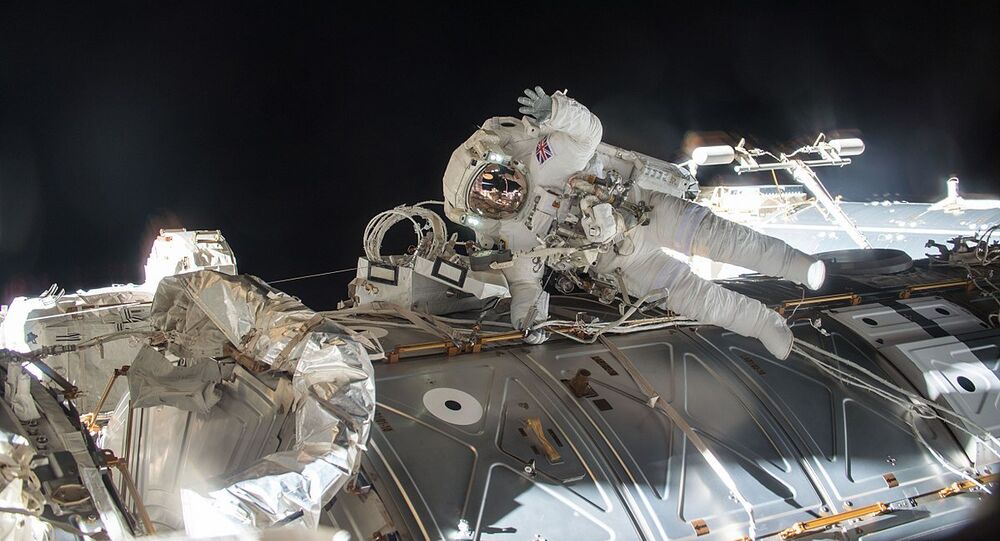 Train Your Brain: Having What it Takes To Be a British Astronaut

Internet users seem to love the puzzle posted by British spacewalker Tim Peake on his Facebook page. The astronaut says it was the question in his selection test to the European Space Agency (ESA). Check whether you can answer it.

Tim Peake, the first British European Space Agency (ESA) astronaut to visit the International Space Station, has recently presented his new book Ask an Astronaut: My Guide to Life in Space, which provides answers to many interesting questions he has been asked since his return to Earth: Was it fun to do a space walk? How squashed were you in the capsule on the way back? What were your feelings as you looked down on Earth for the first time? Were you ever scared? And many more.

The book also includes some "brain teasers" which the astronaut said were part of his selection test to qualify for the ESA. Tim Peak recently posted it on his Facebook page.

The conundrum features an open cube with a dot on its bottom. The test-takers are challenged to mentally roll it in many different directions and answer where the dot will end up.

The spacewalker posted the answer the following day which congratulated "all those who said it ended up on the bottom of the cube.”

The post was viewed by two thousand people and got almost one thousand re-posts.

Many users replied to the astronaut, proving that they are not that easy to trick.