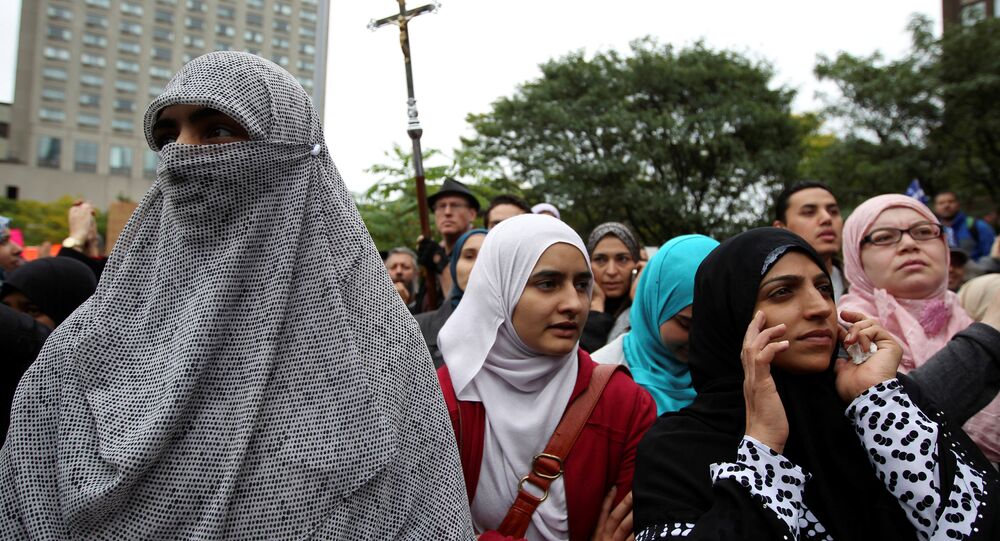 Quebec's decision to pass a law banning face coverings including burkas and niqabs has aroused huge debate, with commentators divided on whether the legislation will help or hinder social cohesion.

The bill was passed by the parliament of Quebec, a mainly French-speaking province of Canada, on Wednesday and will come into force by July 1, 2018. The law on religious neutrality stipulates that people working in or using public services, or on public transport, must not have their faces covered, for purposes of "security, identification and communication."

​Some commentators on social media said that the ban is counter-productive, because it will "further oppress" women who wear face coverings by preventing them from accessing public services.

So… If Quebec is so concerned the niqab is oppressive to women, why further oppress them by denying them access to services? 🤔🤔#Bill62

​Others accused politicians of unfairly targeting Canada's Muslim women, of whom just 3% wear the niqab, according to a 2016 survey.

As both a Canadian and a religious person I'm so deeply ashamed of Quebec's new Islamophobic bill that passed today, targeting Muslim women.

​​Some people took a different approach, trolling the Quebec authorities and calling on Canadians to travel there wearing a face scarf specially for the occasion.

Anyone else for heading to Quebec to wear a face scarf on every bus possible?

​​There were some voices in favor of the ban.

Bravo! #Quebec Bans the #Burka! #Niqab women & others hiding behind facemasks will not be able to ride even a bus. https://t.co/3epTM2zyoa

​One user suggested another target for the Quebec government's sartorial laws.

​Hey American pals. If anyone jokes about moving to Canada, please inform them that Quebec citizens in niqab/burka can’t use the damn bus.

​Some social media users said that the law is unworkable, because in theory it would prevent people from wearing balaclavas or scarves over their faces in cold weather.

Cold winter in Quebec, face covered. So I'm not allowed on a bus? Or because I'm white and blonde I'll be allowed? #Bill62 #shameonquebec pic.twitter.com/8TKcYXgBLE

The Taliban ordered women to wear more, Quebec will order them to wear less. Government shouldn't tell people what to wear.