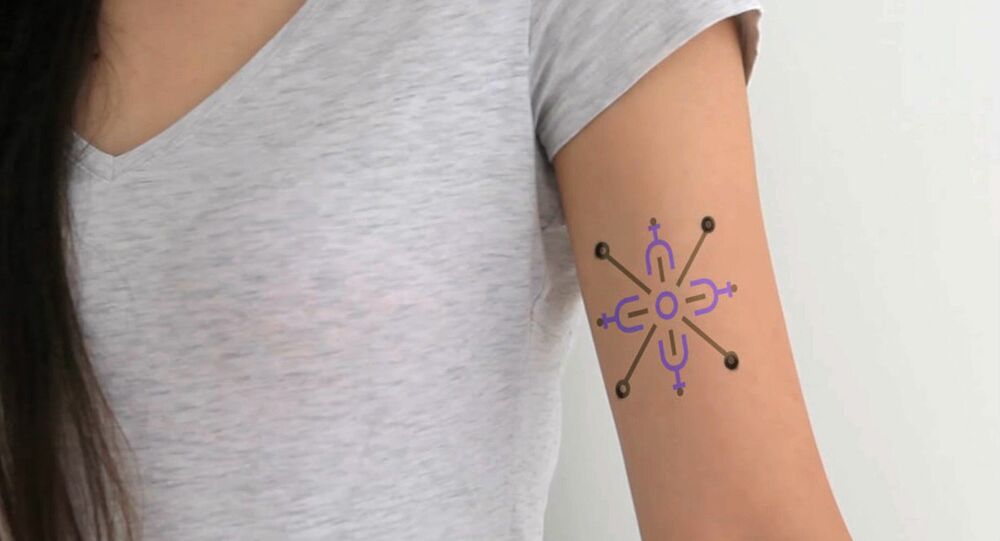 An international team of researchers has developed smart biosensitive inks that can be used to create tattoos in order to track glucose and sodium levels in blood.

The Harvard Gazette, a news website, quoted Ali Yetisen, a postdoctoral fellow at Harvard Medical School, as saying that after pondering "what is the next generation after wearables, we came up with the idea that we could incorporate biosensors in the skin."

"We wanted to go beyond what is available through wearables today," he said.

Monitoring a person's health can currently be perform by a wide array of wearable devices, but more often than not they need to be recharged and connected to a wireless network for data transmission, he said.

The biosensitive tattoo ink works on a different principle. Tattoo inks consist of a material that reacts to the chemical composition of the intercellular fluid that reflects the state of the blood.

Researchers developed two types of ink capable of tracking glucose and sodium levels in the blood.

The tattoos, made with the help of such inks, can be invisible and can only be readable under particular kinds of light.

In addition, such inks can be used to make long-lasting tattoos for patients with chronic diseases or tattoos that will be in place for several months of treatment.

Russian Scientists Developing Device for Storing Data for Ever and Aye