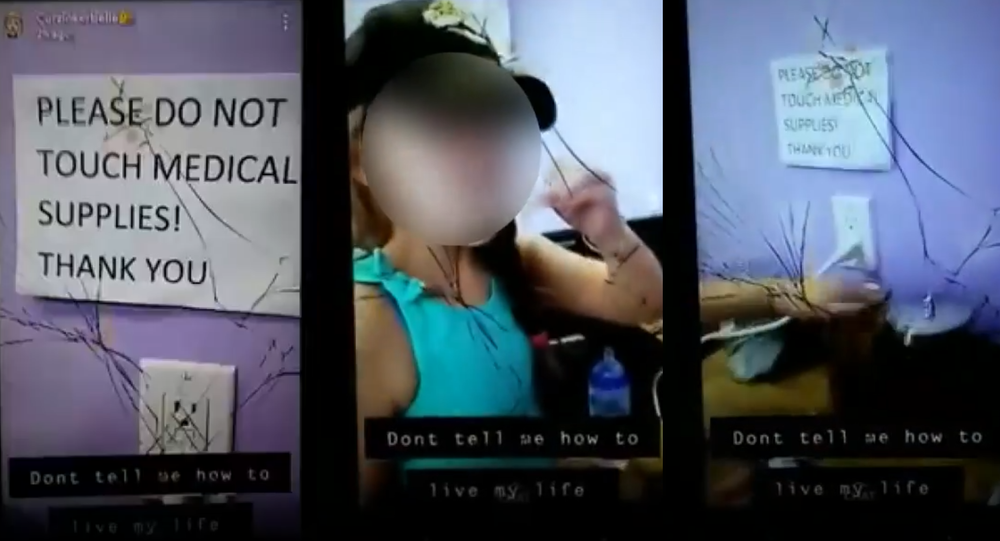 Something says the caption, “don’t tell me how to live my life,” won’t hold up in court.

The foul trend of licking and returning goods others intend to use has made its way to All About Kids & Families Medical Center in Jacksonville, Florida.

The now-viral video, recorded by 30-year-old Cori Ward, shows her daughter selecting a tongue depressor, licking the medical tool and promptly returning it to the jar. The mother was arrested around 11 a.m. Thursday and booked in a Duval County jail after local authorities were alerted of the video, which was originally posted to the mother’s Snapchat story.

"I had just been waiting a long time," Ward told News4Jax in a Thursday interview, as if that justified her child contaminating medical supplies. "I was just being silly with my kids."

News4Jax reported the 30-year-old faces a felony charge for tampering with consumer products. If Ward is convicted, she faces up to a $10,000 fine and a maximum of 30 years in prison.