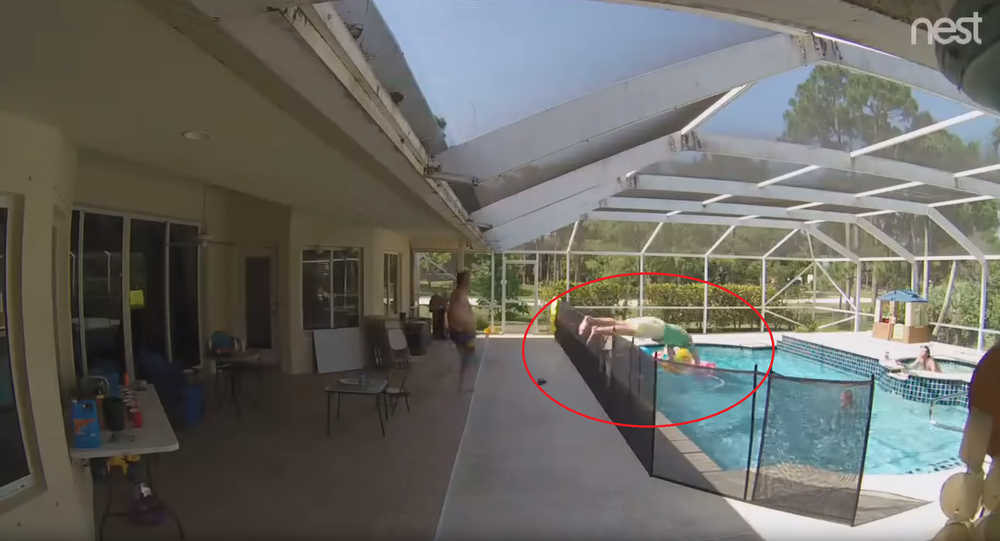 Superdad: Father Immediately Dives In to Save Baby

A Florida father says his “Superman strength” kicked in after his one-year-old son son fell into their pool earlier this month.

Albert Passvanti told Inside Edition on Wednesday that despite the presence of a four-foot fence around the pool, his son, Rocco, felt the need to get his hands on a colorful beach ball (like most young children would).

Passavanti is heard telling his son to watch his step, but the little one eventually ends up losing his balance while attempting to reach the pool toy. Almost immediately, the father’s adrenaline kicks in, and the middle-aged man channels his inner Olympic diver to rescue his little boy.

Kingsnake Receives Assistance After Attempting to Devour Itself

Catdog? Cool Kitten Loves Feeling The Wind in Her Fur