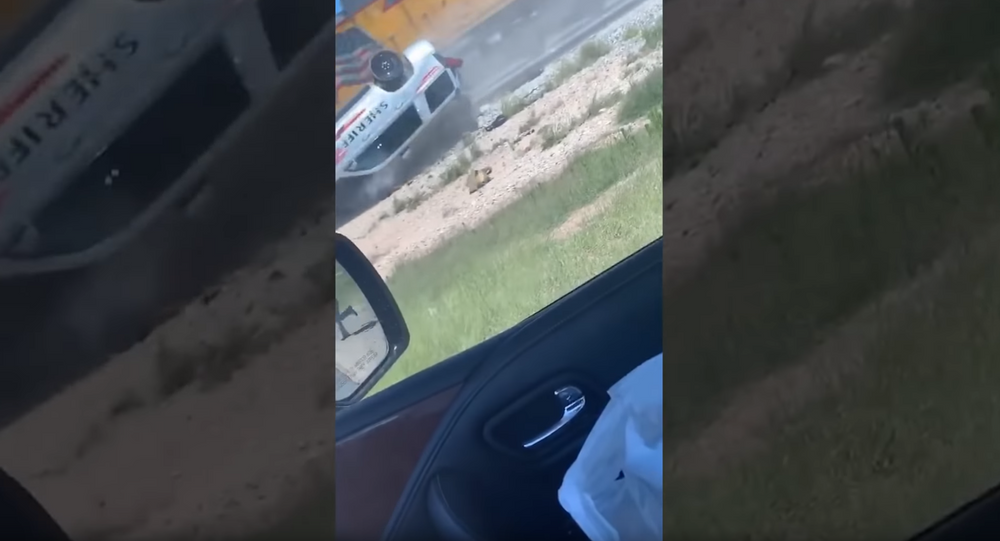 A Midland County deputy surprisingly walked away with minor injuries after the front of his vehicle was struck by a train and flipped on its side.

The video, originally recorded by Facebook user Kim Baeza, first shows the police SUV waiting for the first train to finish passing. Once the last car has passed, the officer attempts to drive across the tracks, only to be immediately smacked by another train heading the opposite direction.

The accompanying officer in another vehicle immediately ran to make sure his partner was alright. Local outlet Fox 7 Austin says the deputy was eventually pulled from the vehicle through the window and was taken to a hospital with minor injuries and bruising.

Officers were in the process of responding to a report of an infant with breathing issues when they were stopped at the tracks, according to Fox 7. Luckily, Midland County Sheriff Gary Painter says the child in question was transported to the hospital by emergency medical officials.