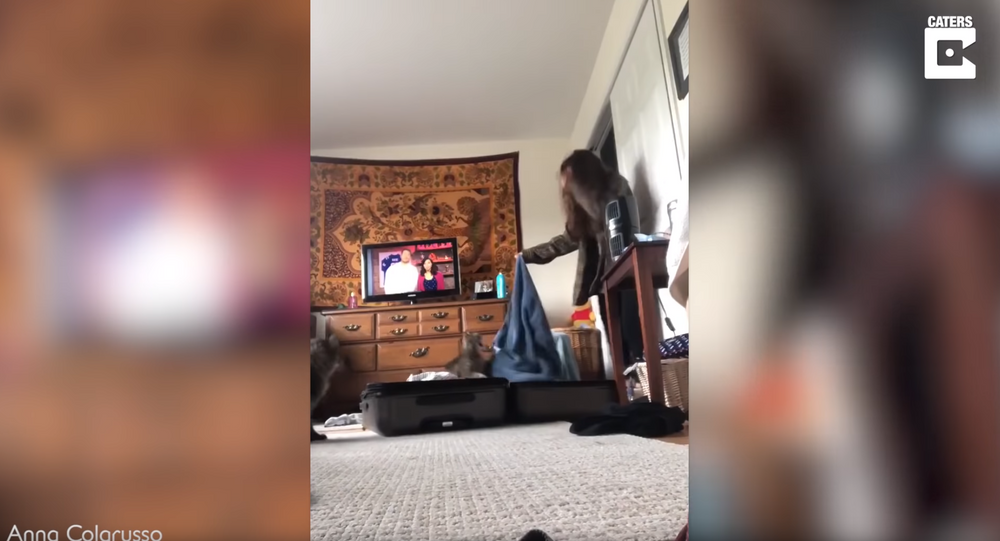 Someone learned a lesson – and it’s not the cat!

New Yorker Anna Colarusso's attempt to frighten her boyfriend Jay ended in blood, scratches and ripped leggings after Sam, a seven-year-old house cat, happened to enter the room before her beau.

Seconds after Colarusso climbs into the suitcase, Sam is seen slinking into the frame, inspecting the mysterious, moving luggage. Startled by a creature popping out, Sam immediately goes into fight mode and puts paws on Colarusso while the other cat sits back and watches. Despite her best attempts to evade the pissed-off puss and shield herself with a towel, Colarusso is scratched and pounced on by Sam for about a minute before running out of the room.

"I was so shook and so was my mom and brother, but the cat calmed down and slept with me on that same night," Colarusso revealed to Caters News Agency.